A Surprise Proposal in the Park

From the photographer, Amy Caroline:  When Sean contacted me and let me know that he wanted to propose to Stephanie here in Denver, and that he wanted me to photograph it, I was over the moon. The two of them are from Texas, but have family they were visiting in Denver.  We landed on Cheesman Park in downtown Denver as the backdrop for this big event. With its big columns, rose gardens and rolling green hills, it’s the perfect Denver park to pop the question. 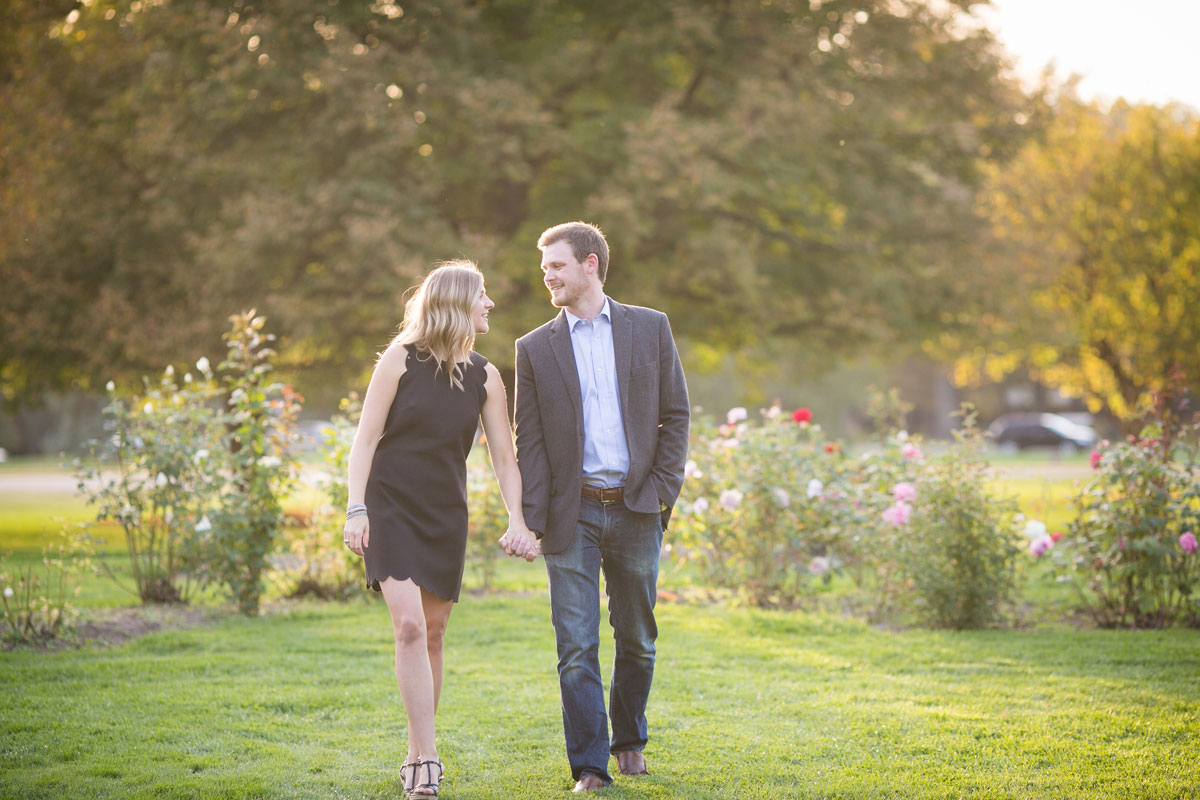 Sean was taking Steph out on a fancy dinner date, and just told her he was taking her on a walk through one of Denver’s city landmark parks beforehand. They strolled through the park; Steph oblivious to what was coming next. 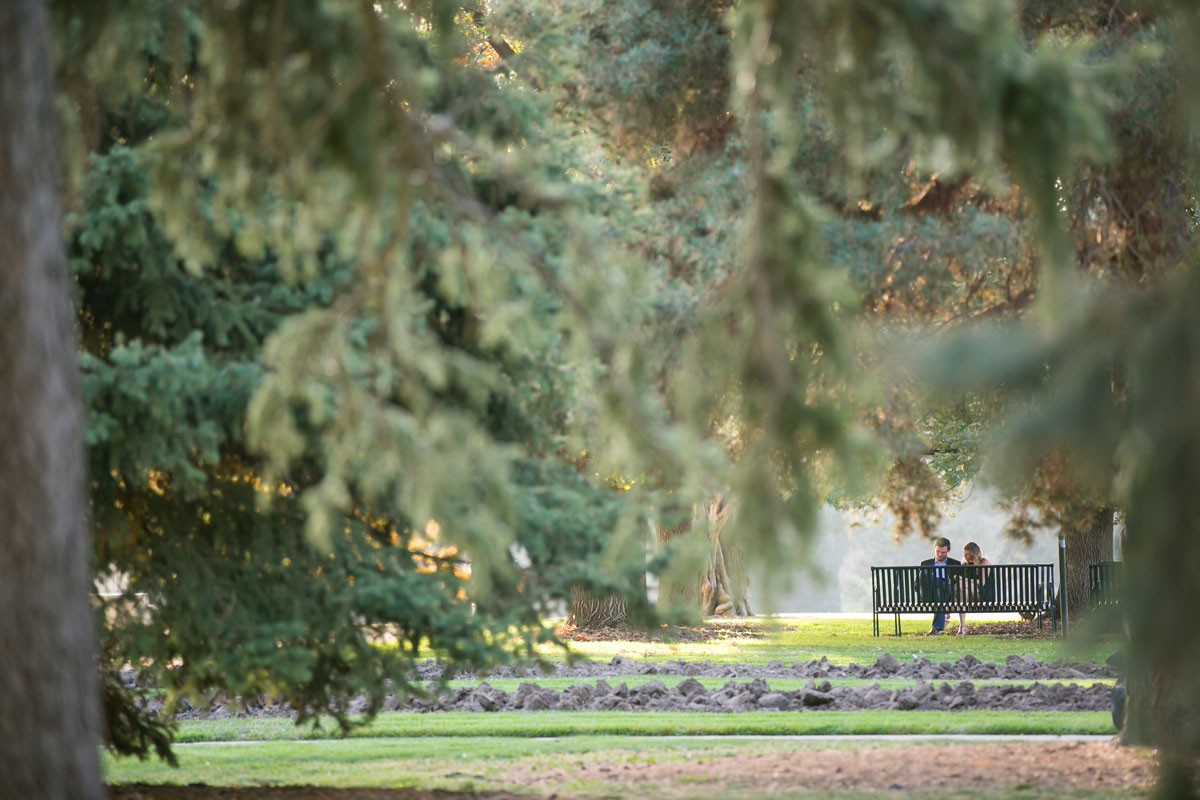 Sean had them sit down on a park bench, and read through posts from his journal. In it, he had written so many special moments that he and Steph had shared, the laughs, the tears, and mostly the joys they had had in their dating years. Lastly leading her to the page where he talked about how he knew he had wanted to marry her from the very beginning of their dating lives. He took her hand and led her to the next spot where he dropped down on one knee, officially asking her to be his forever. Steph was still so surprised, overjoyed, and shocked. With absolute joy and tears she said yes! 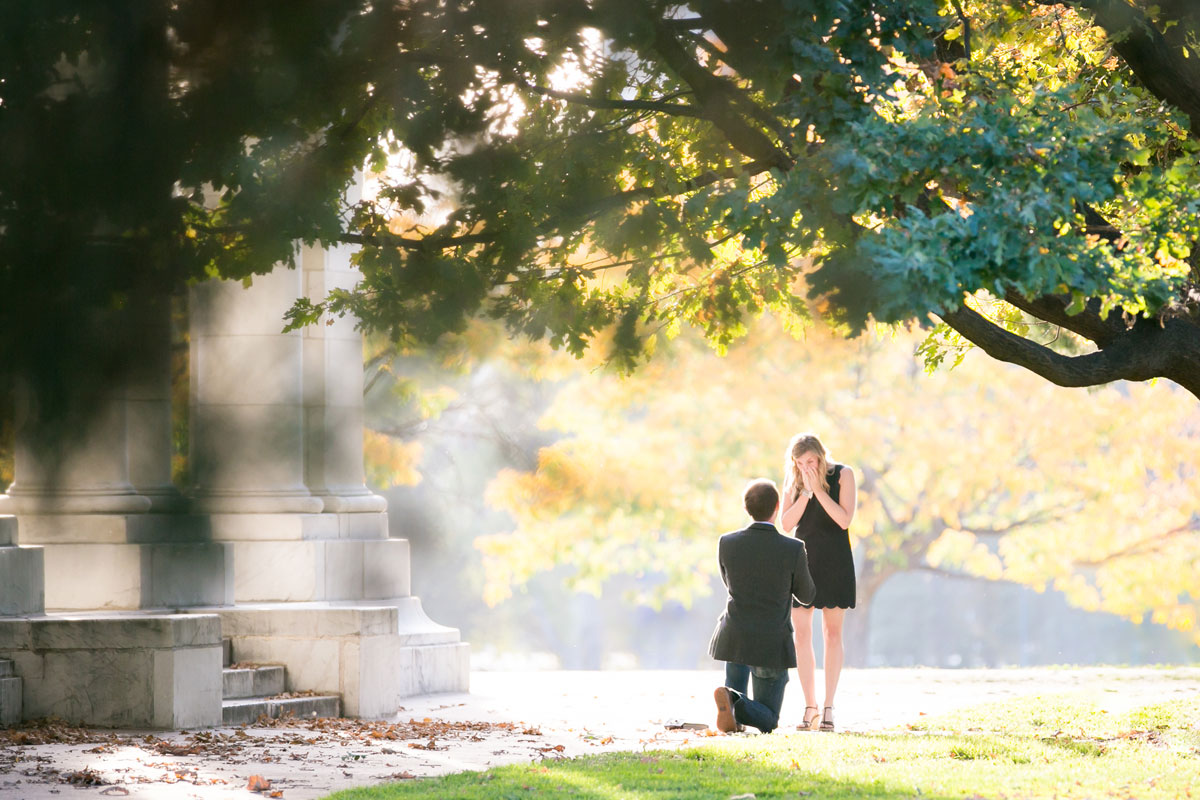 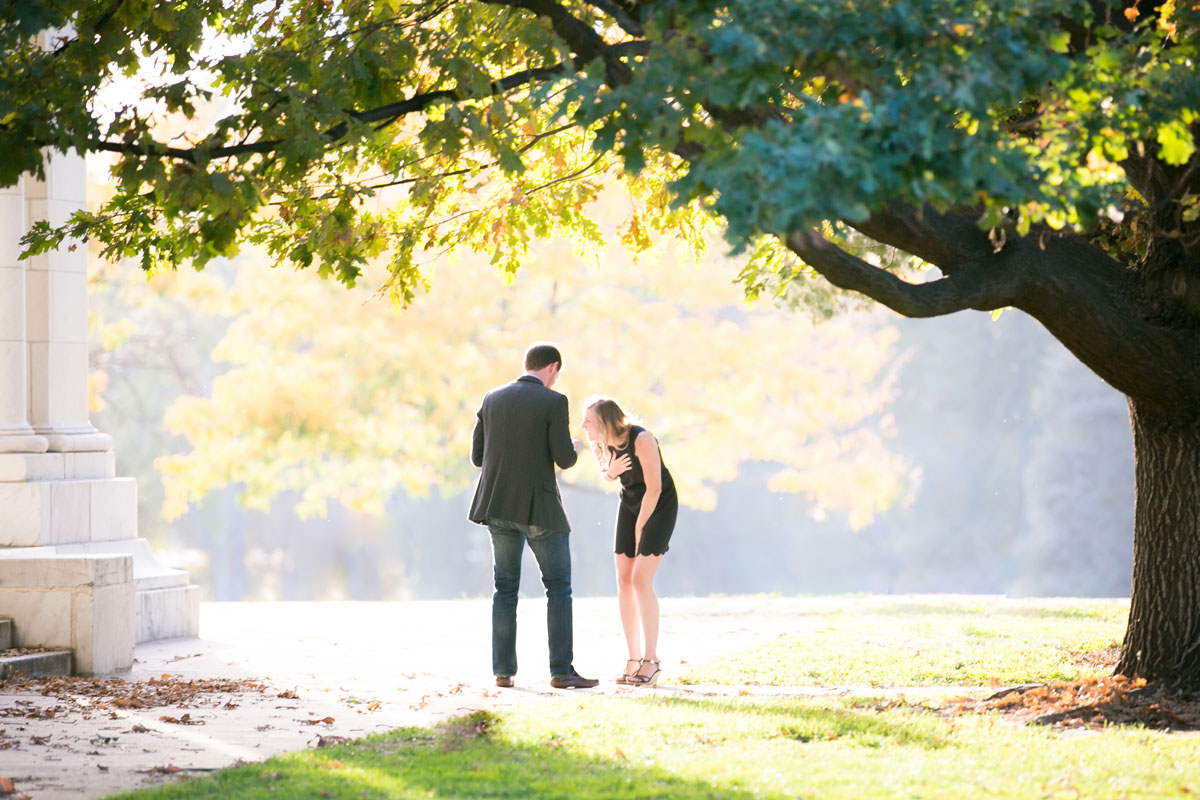 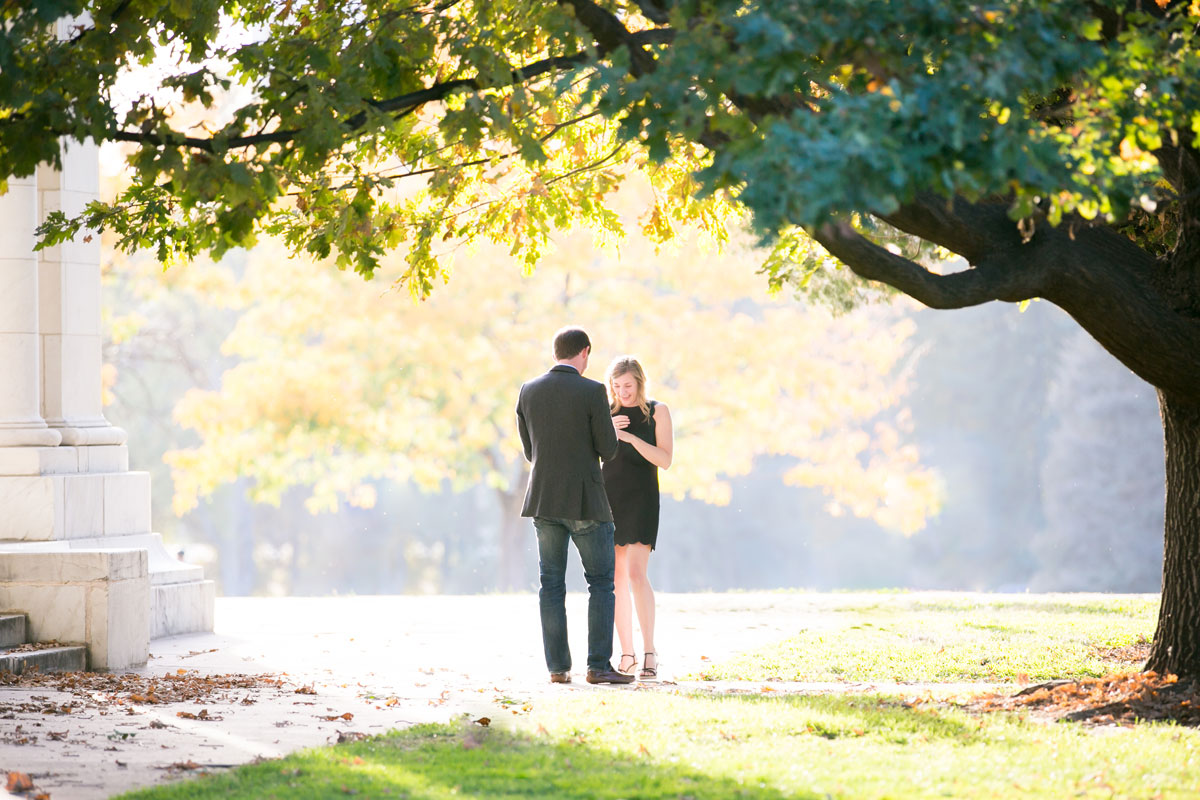 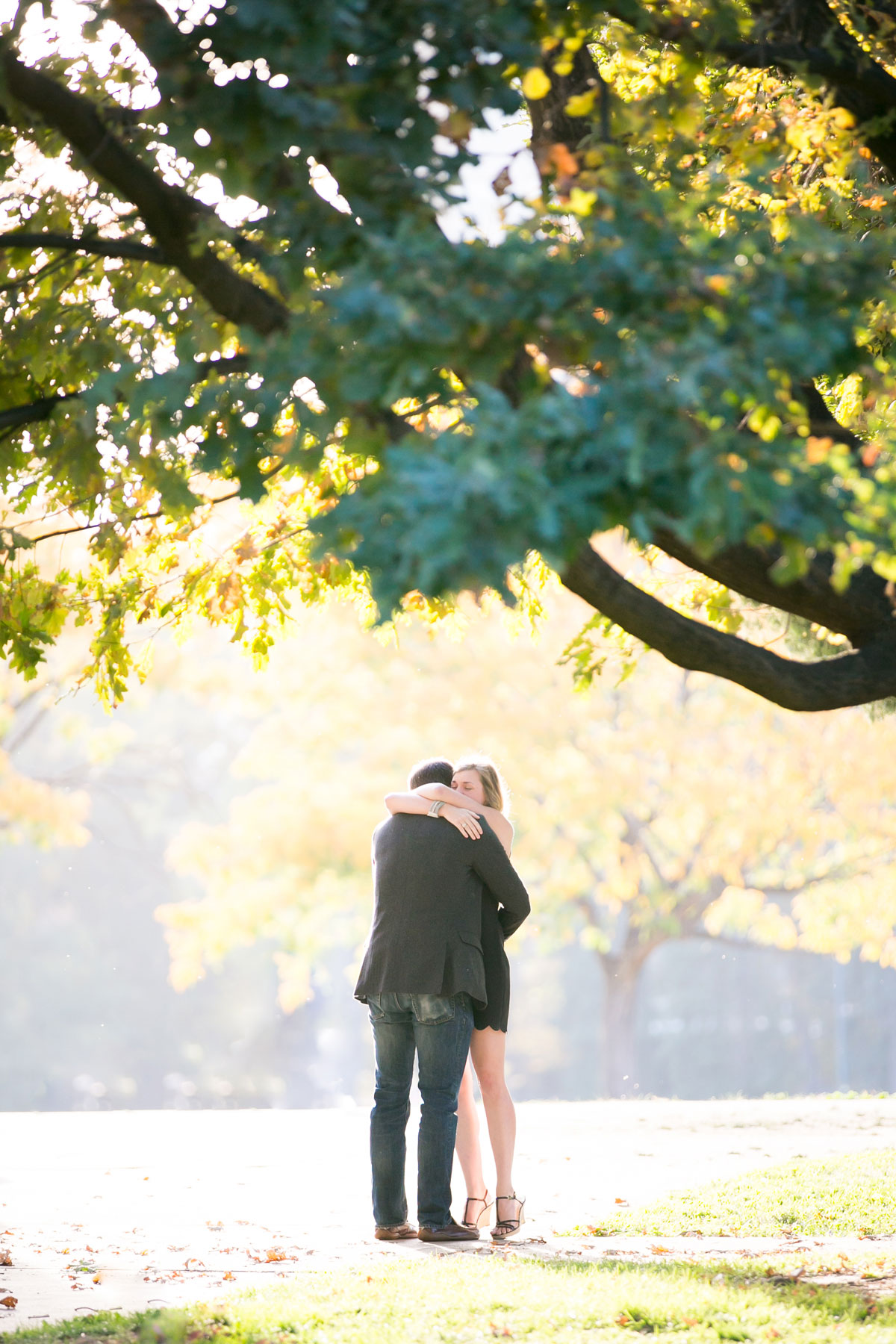 We strolled around the park, capturing the newly engaged couple. Stephanie couldn’t stop looking at her new bling, and smiling up at her darling fiance. 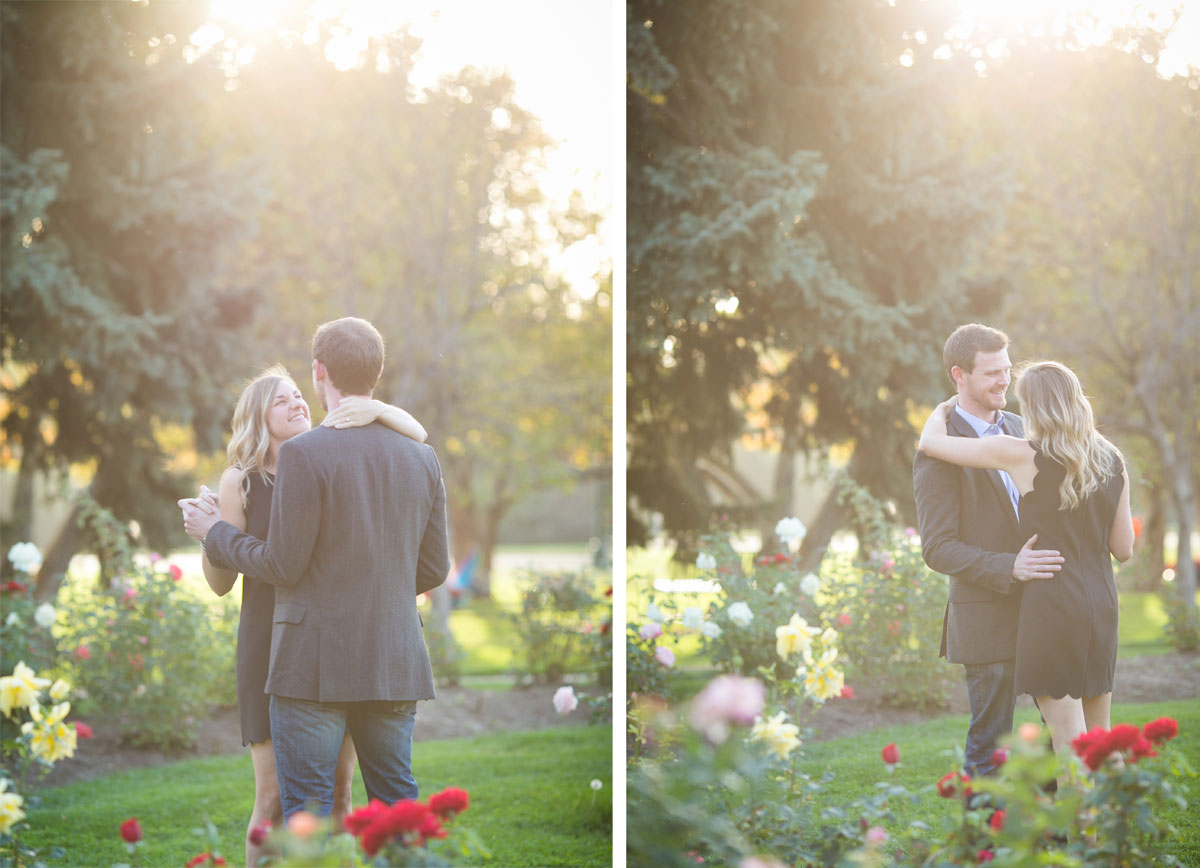 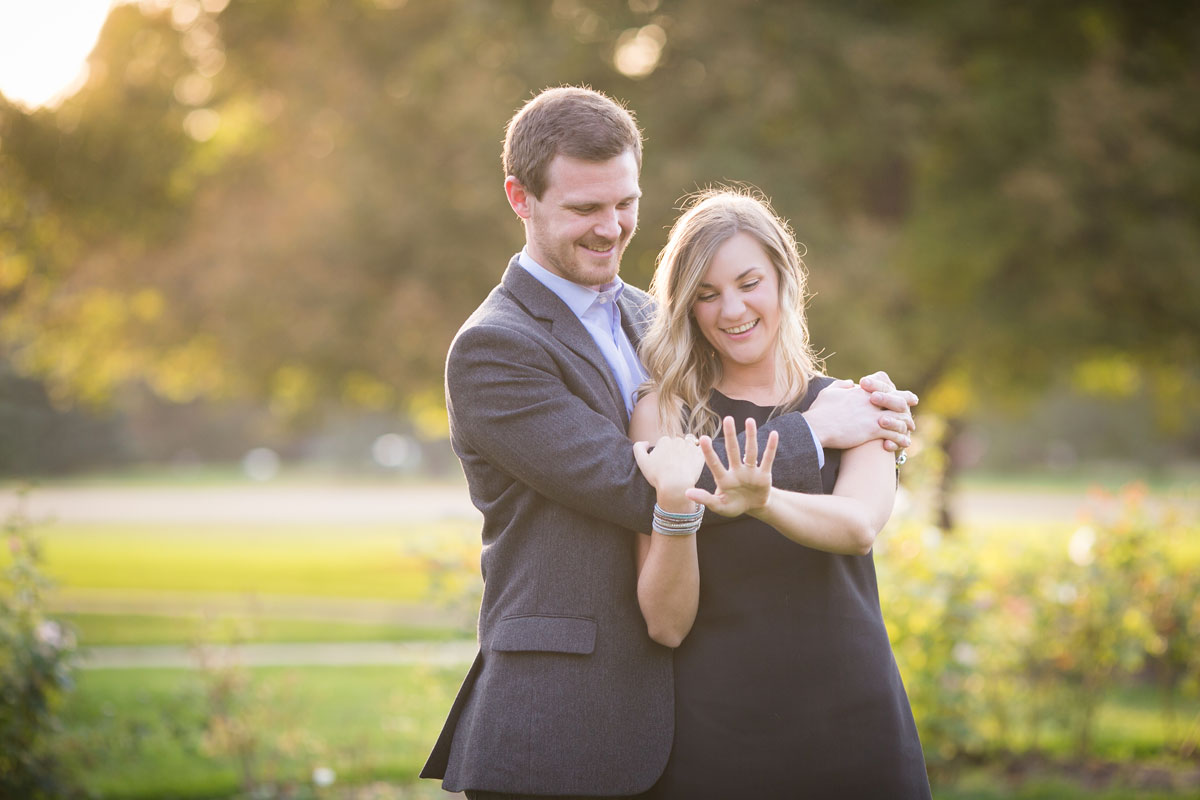 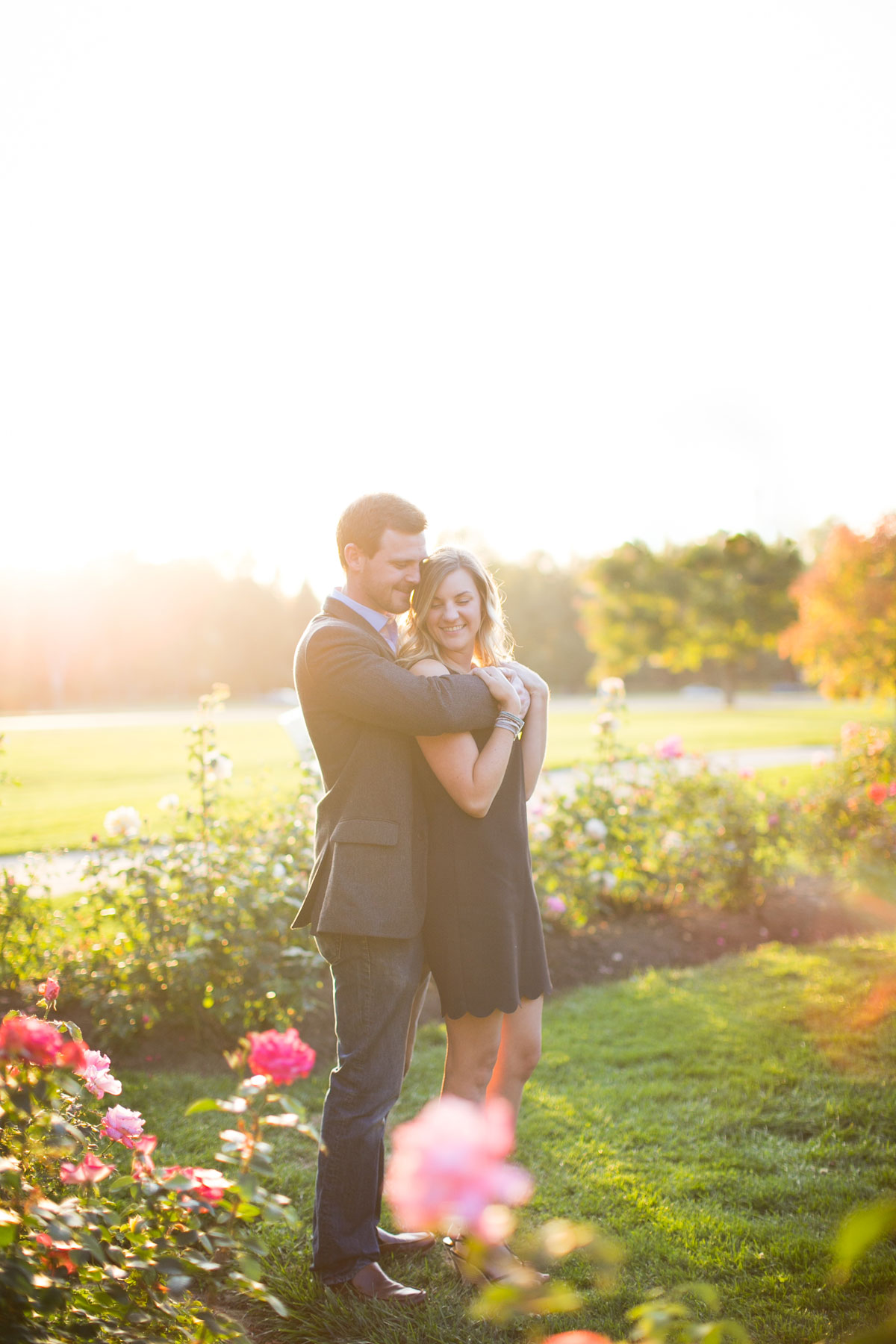