After purchasing Emily’s dream engagement ring, John had no clue how he wanted to propose, but he knew he wanted to do something big that would catch her by surprise. He enlisted the help of wedding planner Christin from Pretty and Planned Events to help sort through his ideas and bring his vision to life. 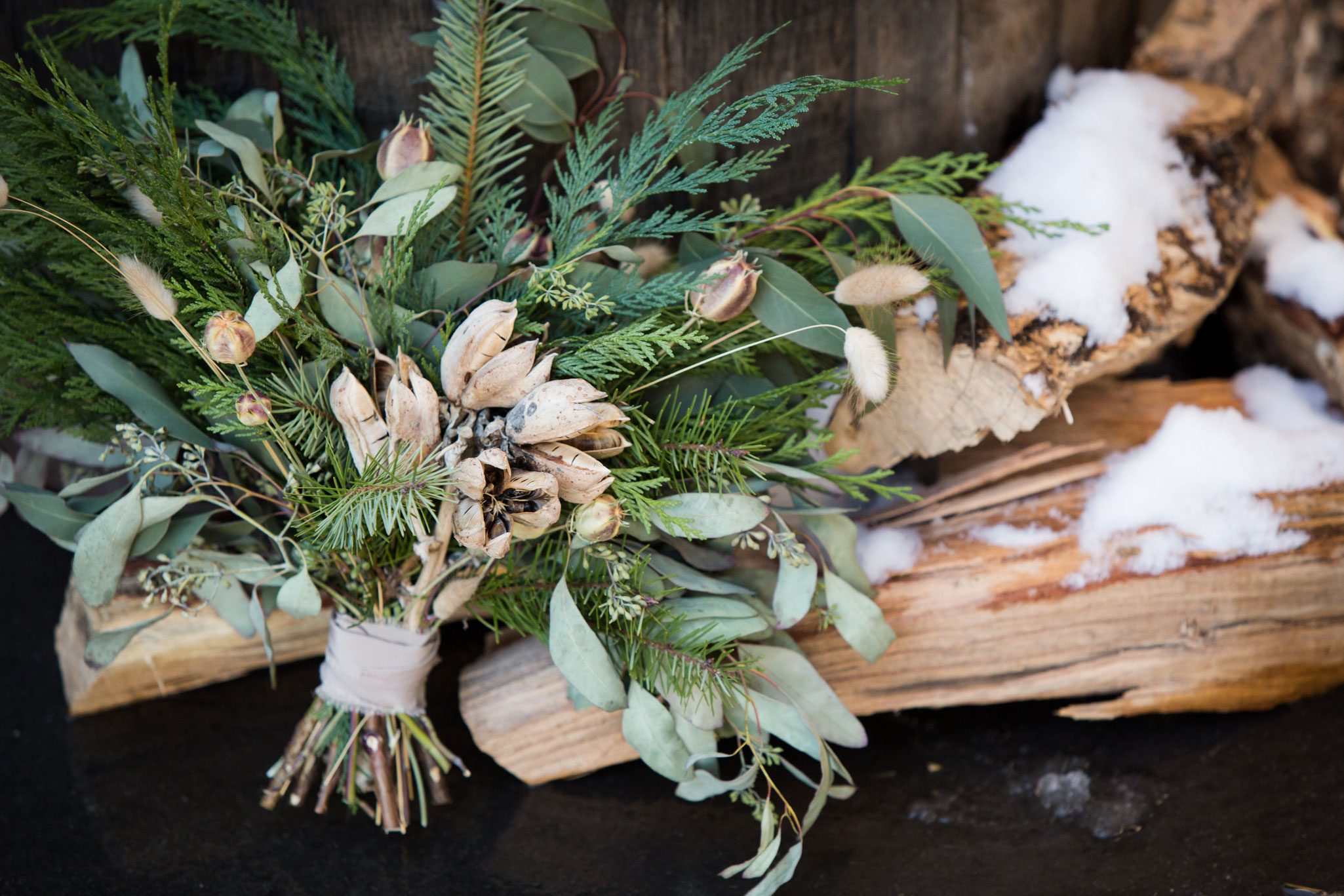 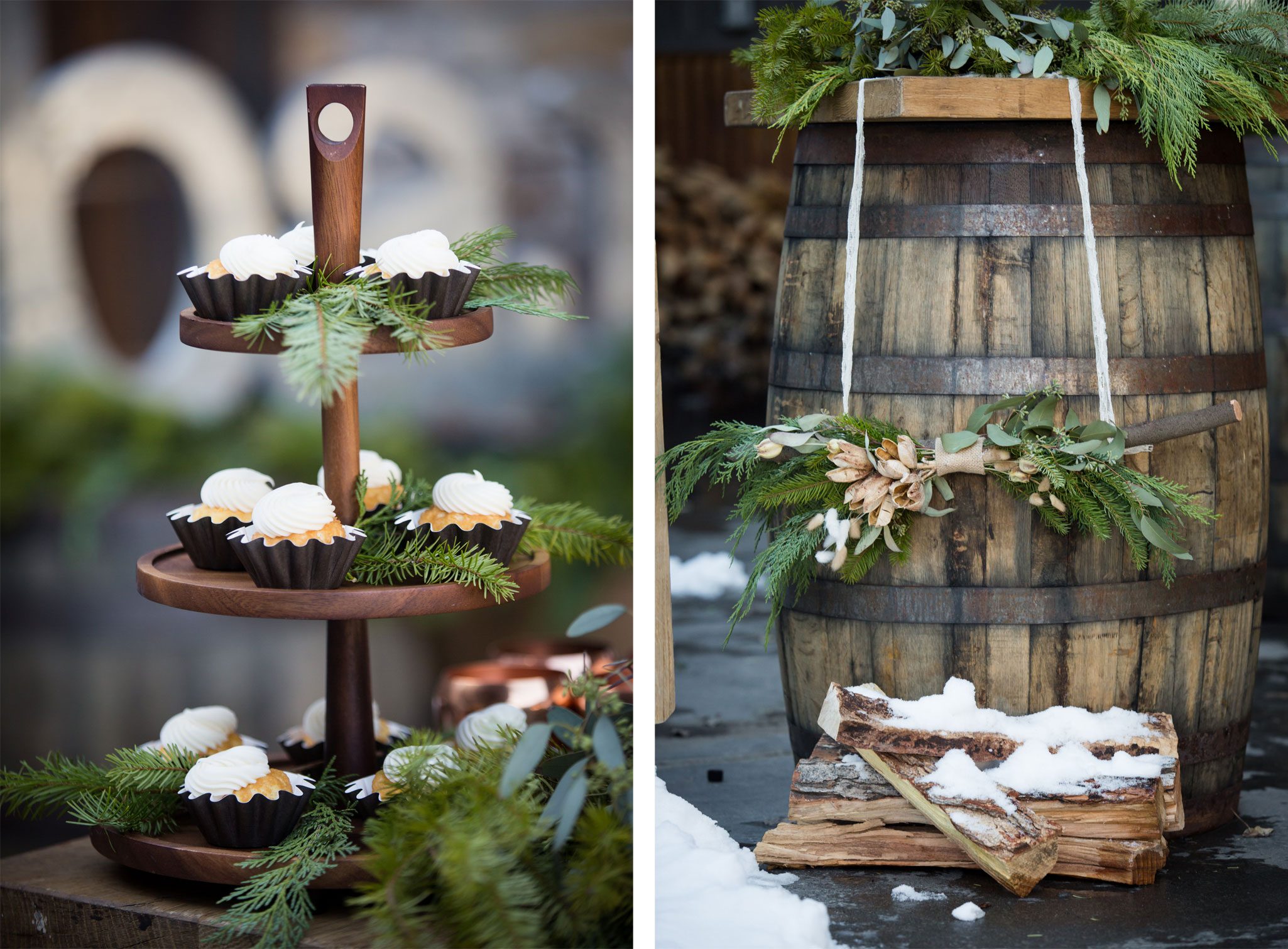 John’s first surprise for Emily would be to catch her off guard by proposing before the holidays, especially when they’d talked of waiting until spring time to get engaged. They had a ski trip planned with some of their best friends, including Emily’s sisters, so what better opportunity than that to come up with plan that would include the people they love. John’s idea was to get Emily to his proposal location by sharing a fake flyer advertising a special outdoor whiskey tasting event at the Breckenridge Distillery. She was under the impression that they would be going to the distillery and then heading out to take photos together around Breck. This was key so that Emily would show up to the proposal camera ready, and that she wouldn’t suspect why the photographer was meeting them there and taking pictures of this “cute whiskey event.” 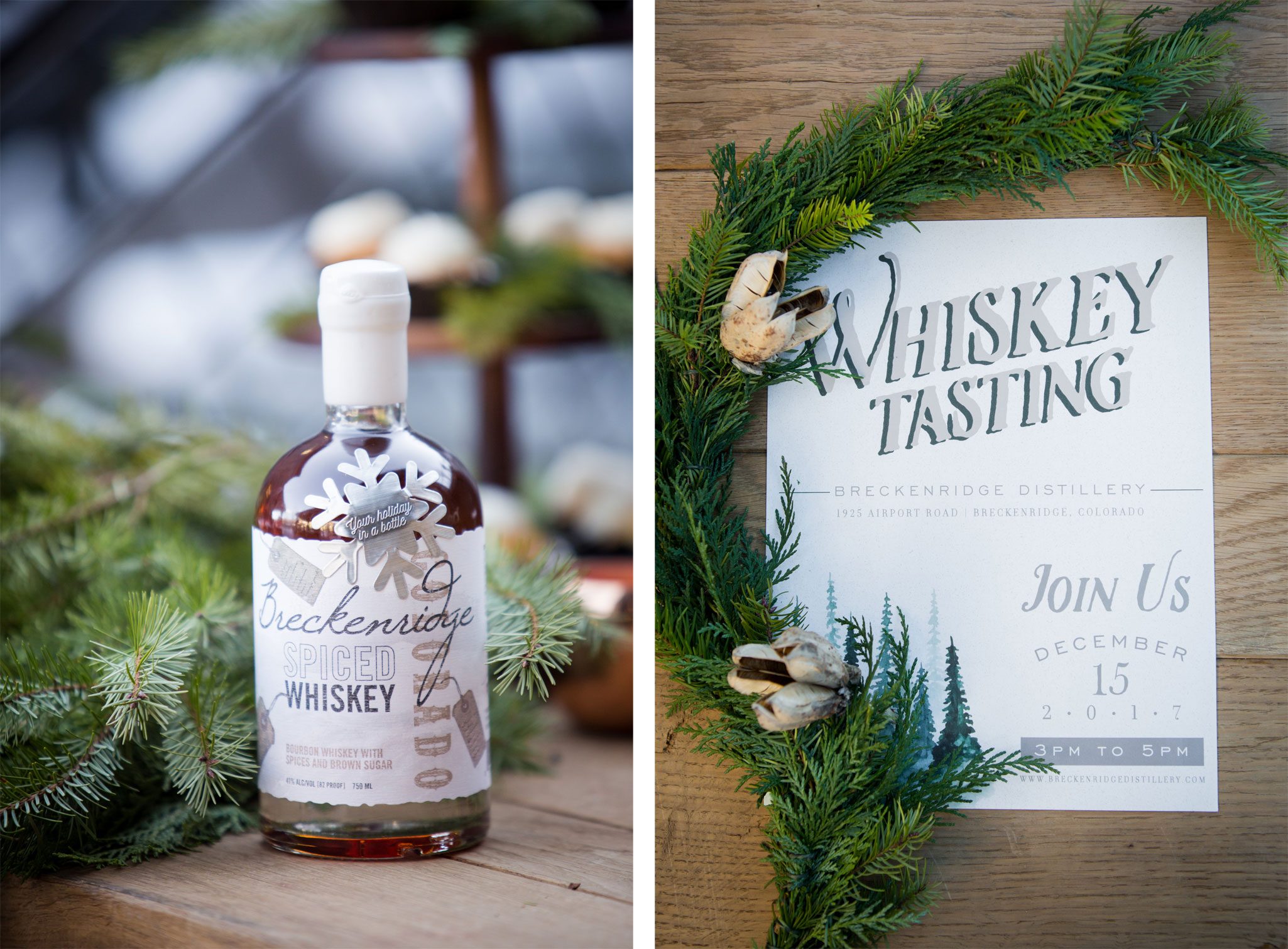 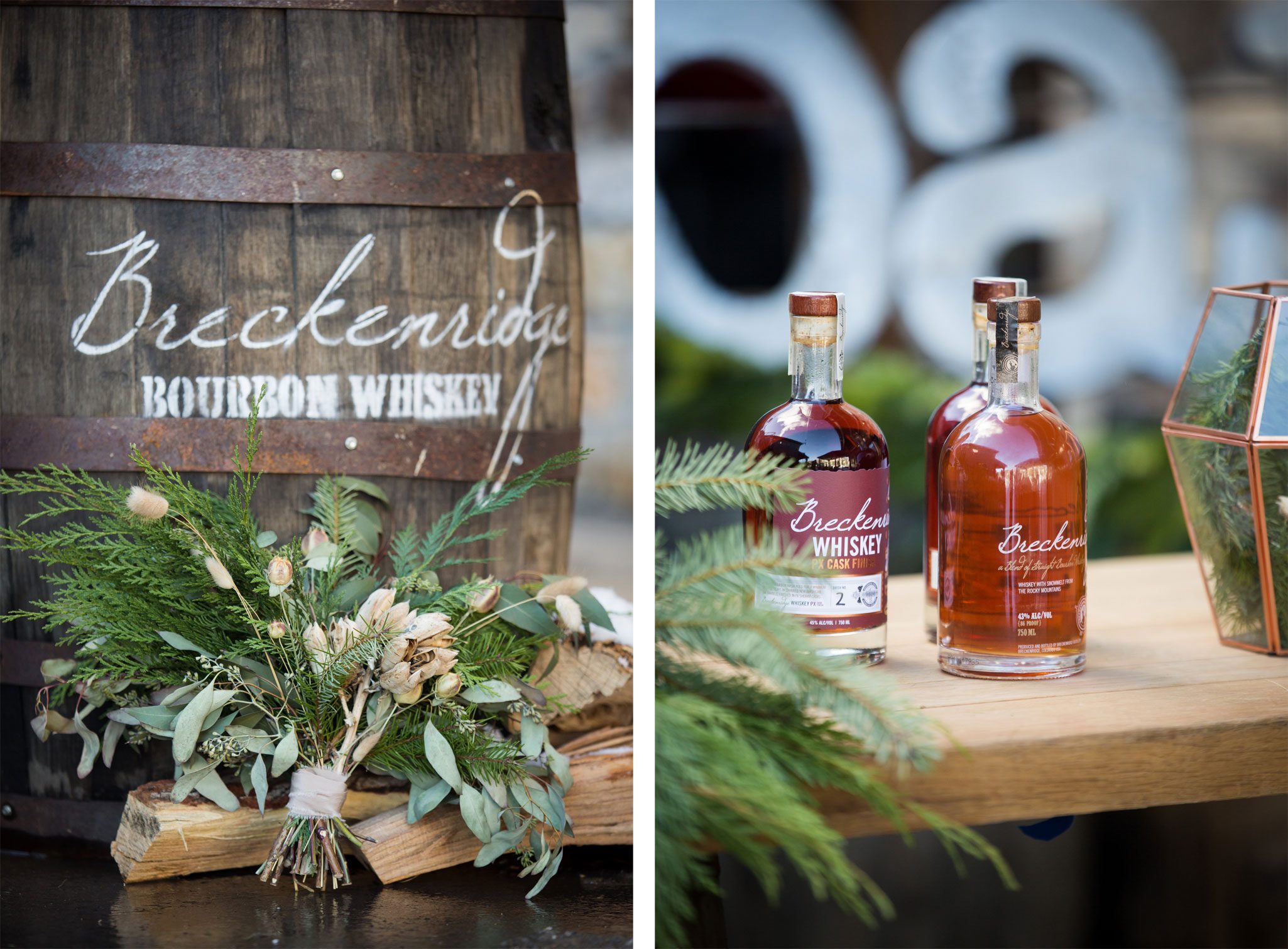 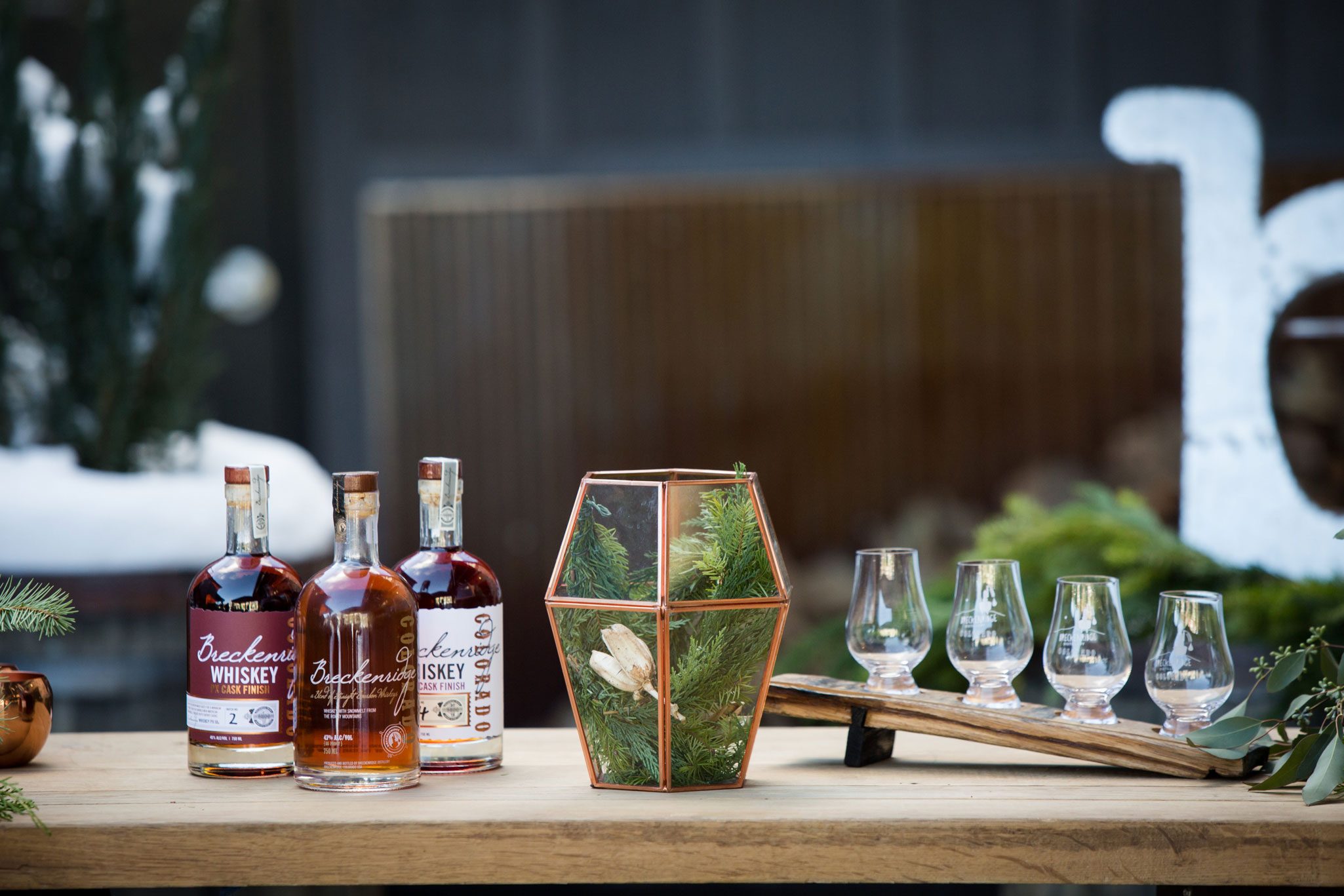 When they showed up to the distillery with their whole group for the tasting event, the hostess at the front greeted them and led them to the outdoor patio, where there was a special outdoor bar set up and styled just for them. The bar included whiskey barrels from the distillery styled with fresh winter greens from Jae Le Mae, an organic Denver-based florist, mini bundt cakes, and of course a full sampling of the distillery’s best whiskeys. 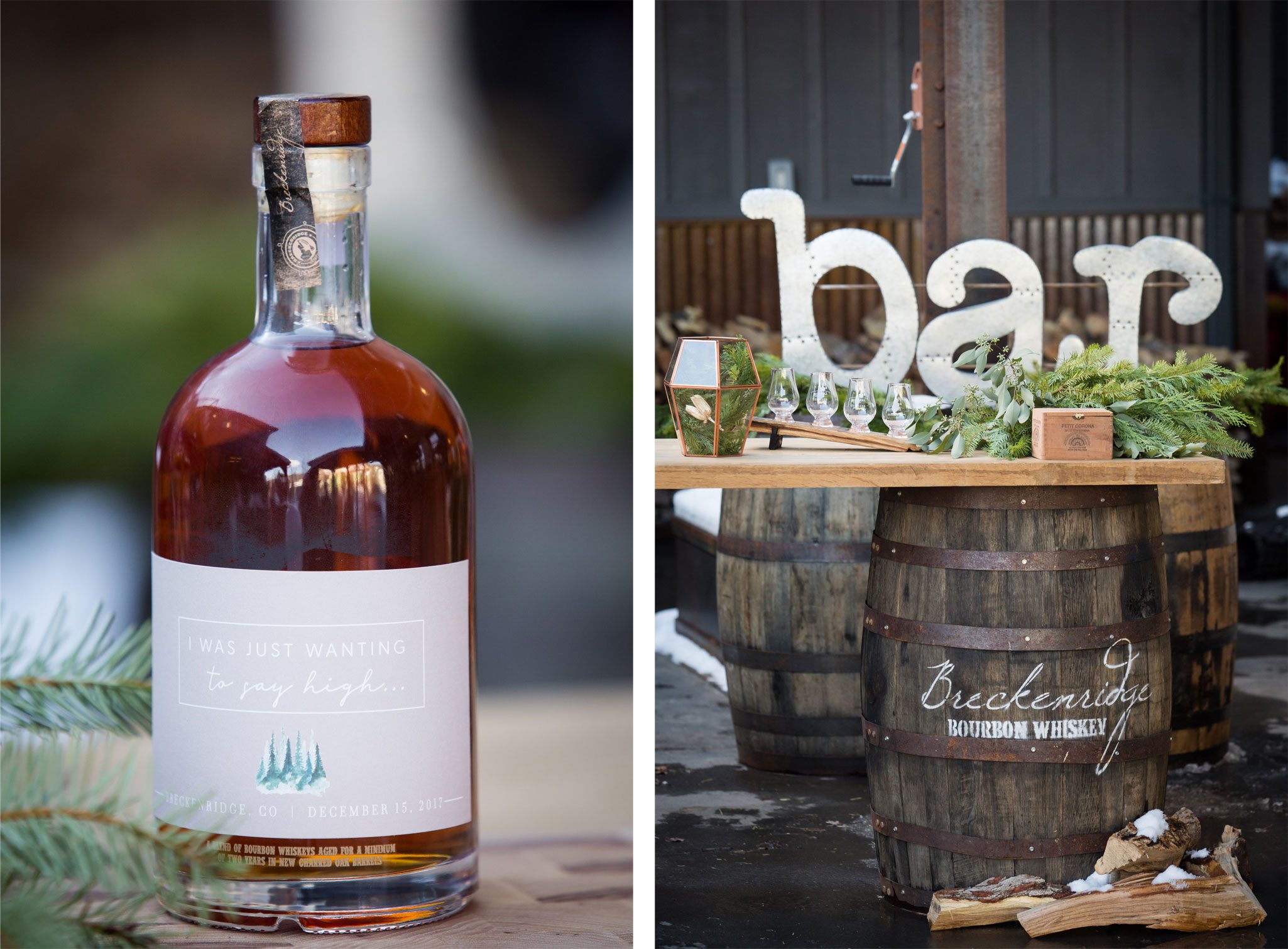 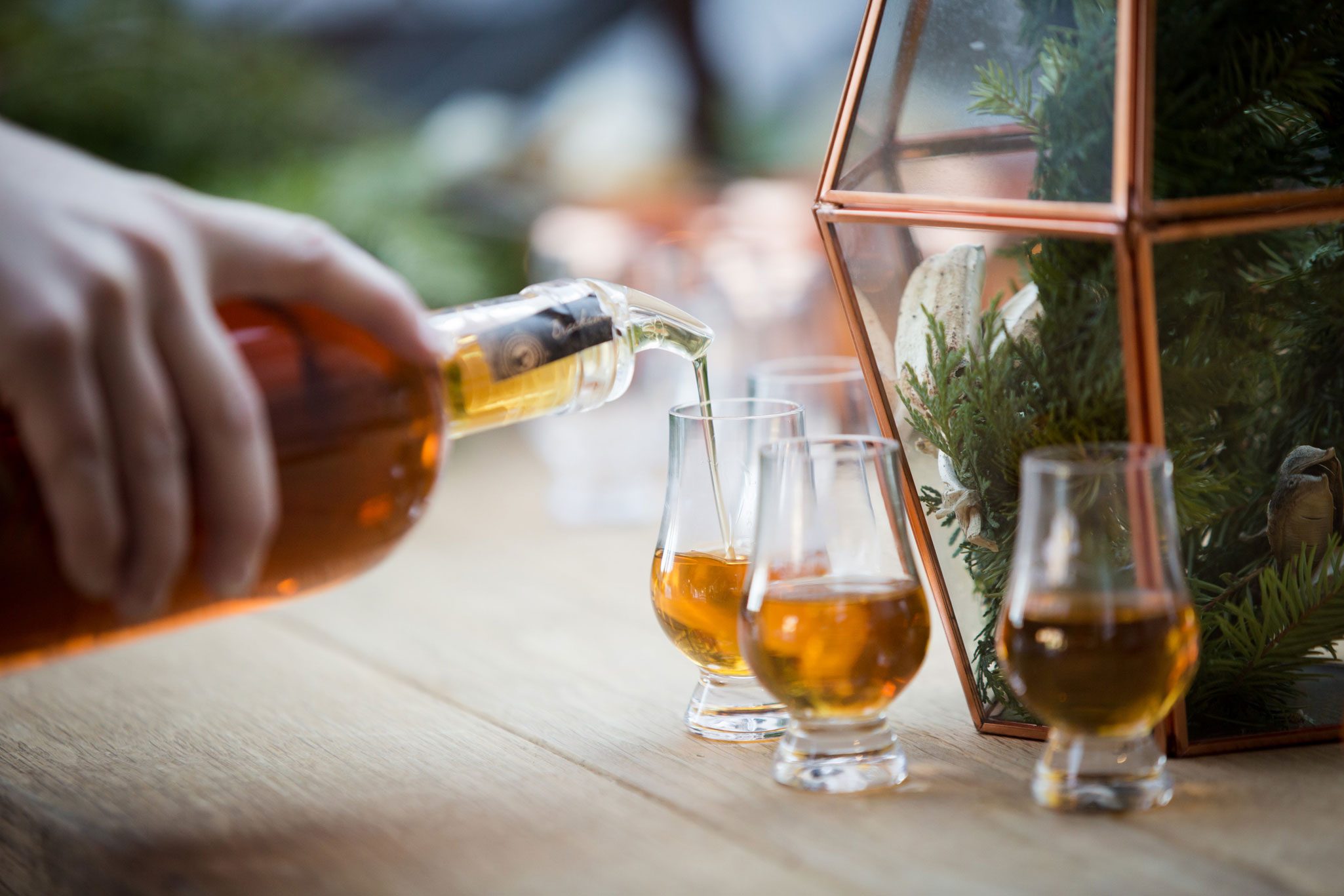 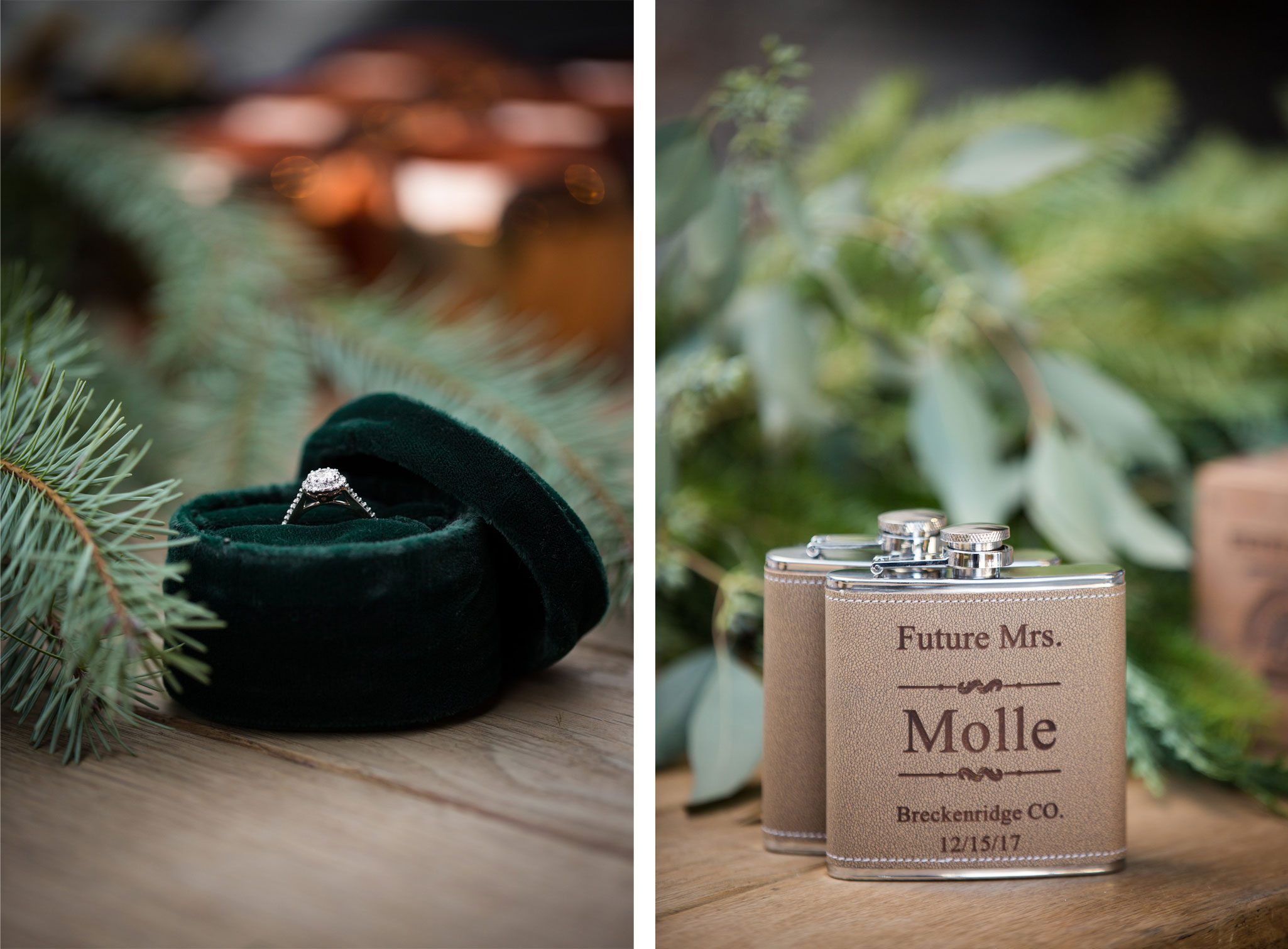 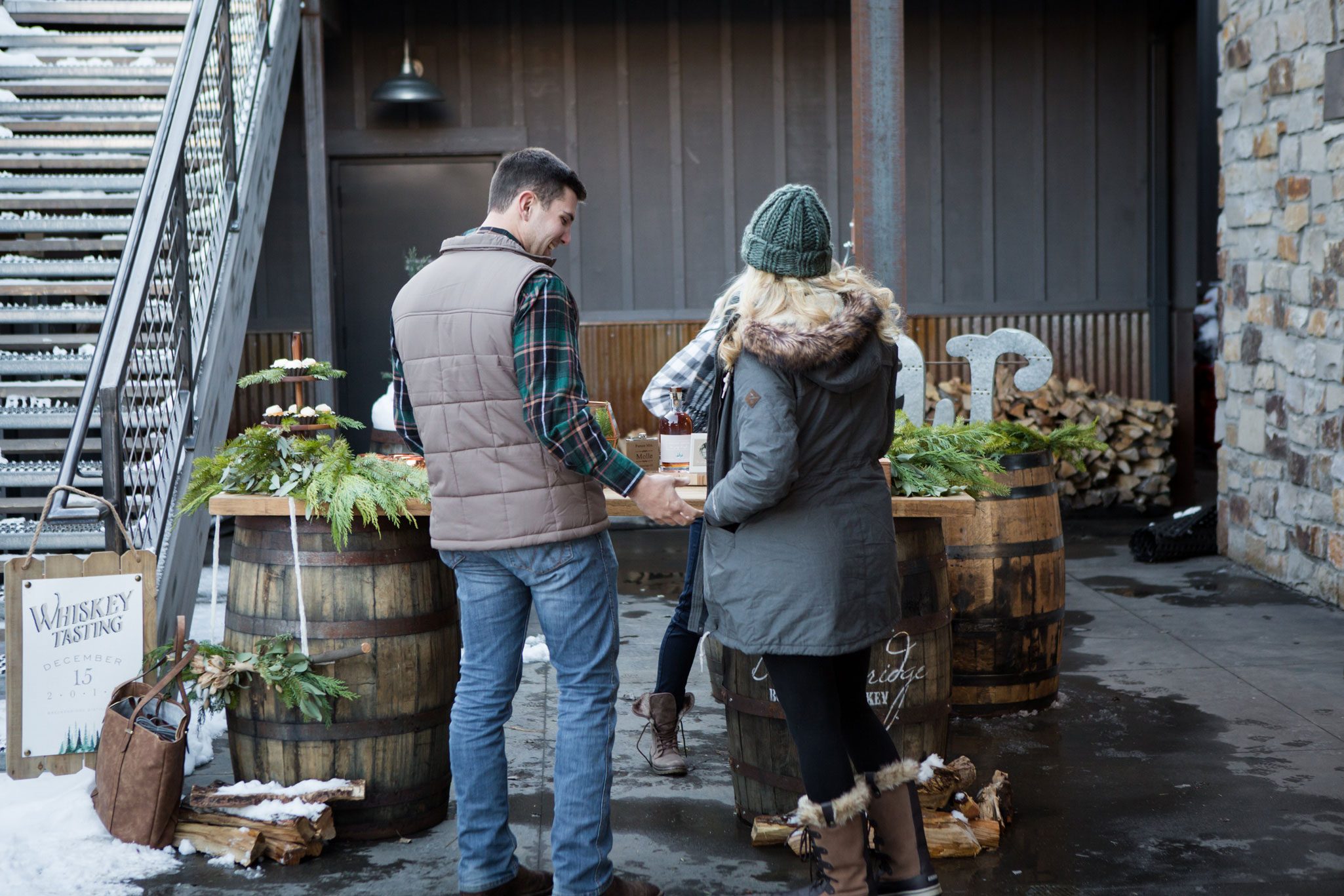 Christin, the planner, was stationed behind the custom outdoor bar as the “bartender” and played the part well by sharing a little with the group about the whiskey they were trying. Once the group enjoyed their tasting flight, Christin said, “I’ve actually got one more special blend I want you to try!” This was the cue for the rest of the group to back away, while Christin reached behind the bar to pull out John and Emily’s personal tasting board. It held engraved leather flasks that John had made, one with his name and one labeled “Future Mrs. Molle,” along with their personal whiskey blend, with a custom bottle label “I was just wanting to say high…” and a photo of John and Emily on the night they met for the very first time. The significance behind the quote comes from that very night they met when that photo was taken! John sent a message to Emily on Facebook when the night was over, and it simply said, “I was just wanting to say high…” He was so nervous to message her that he misspelled “hi.” He has yet to live that down! As Christin set their board up on the bar, she stepped away, and Emily quickly realized what was happening. John dropped to a knee, there were tears and laughter, and she said YES! 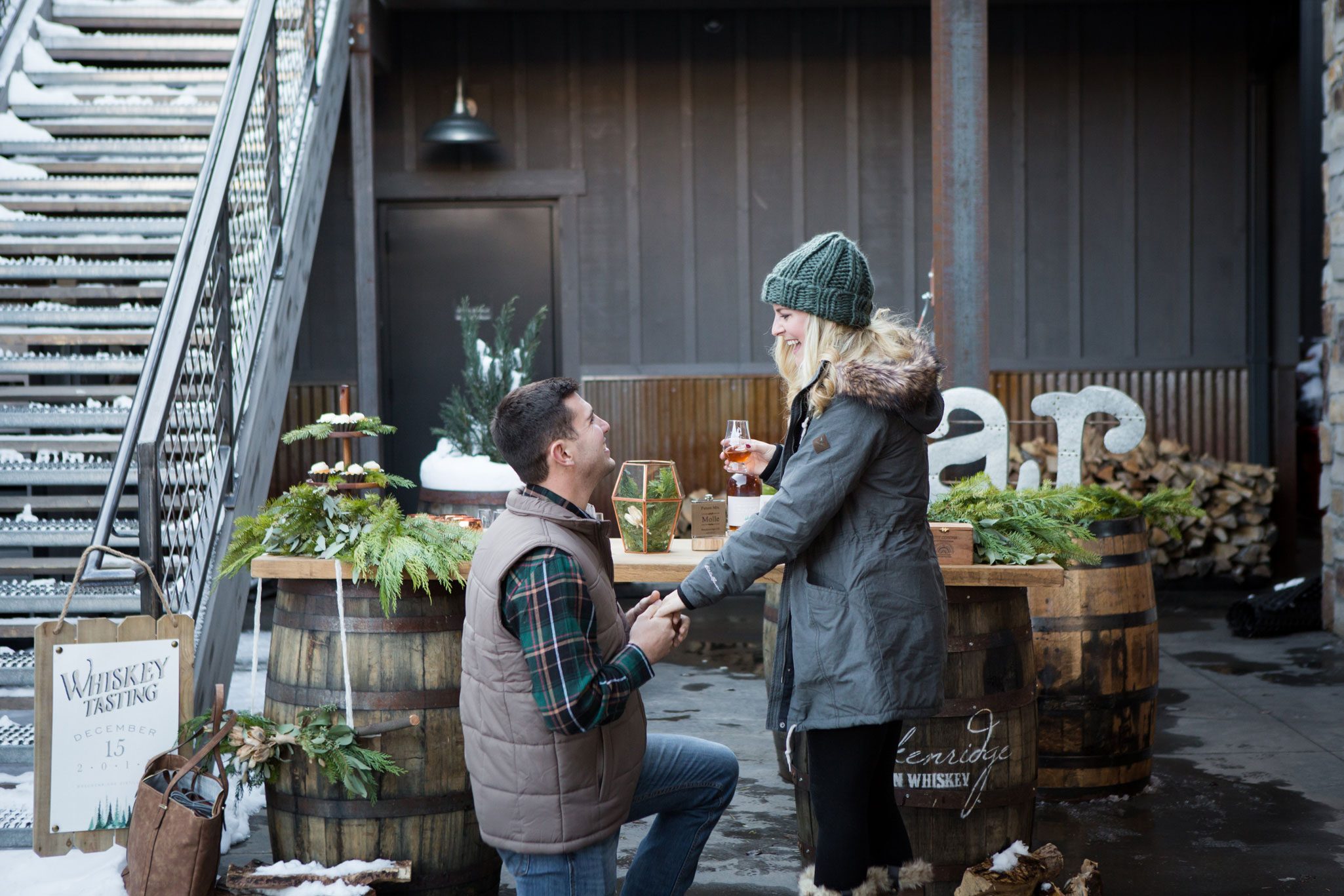 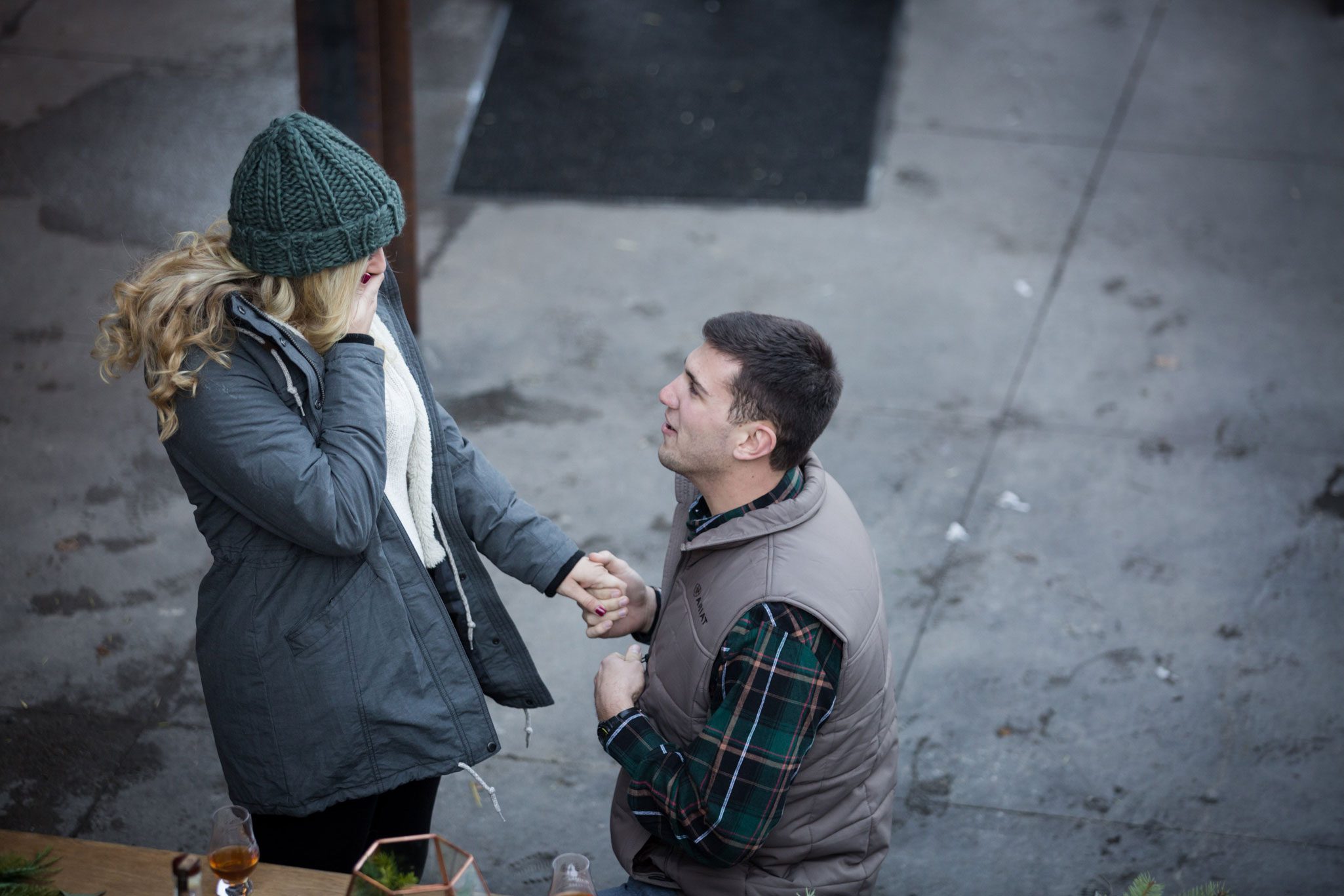 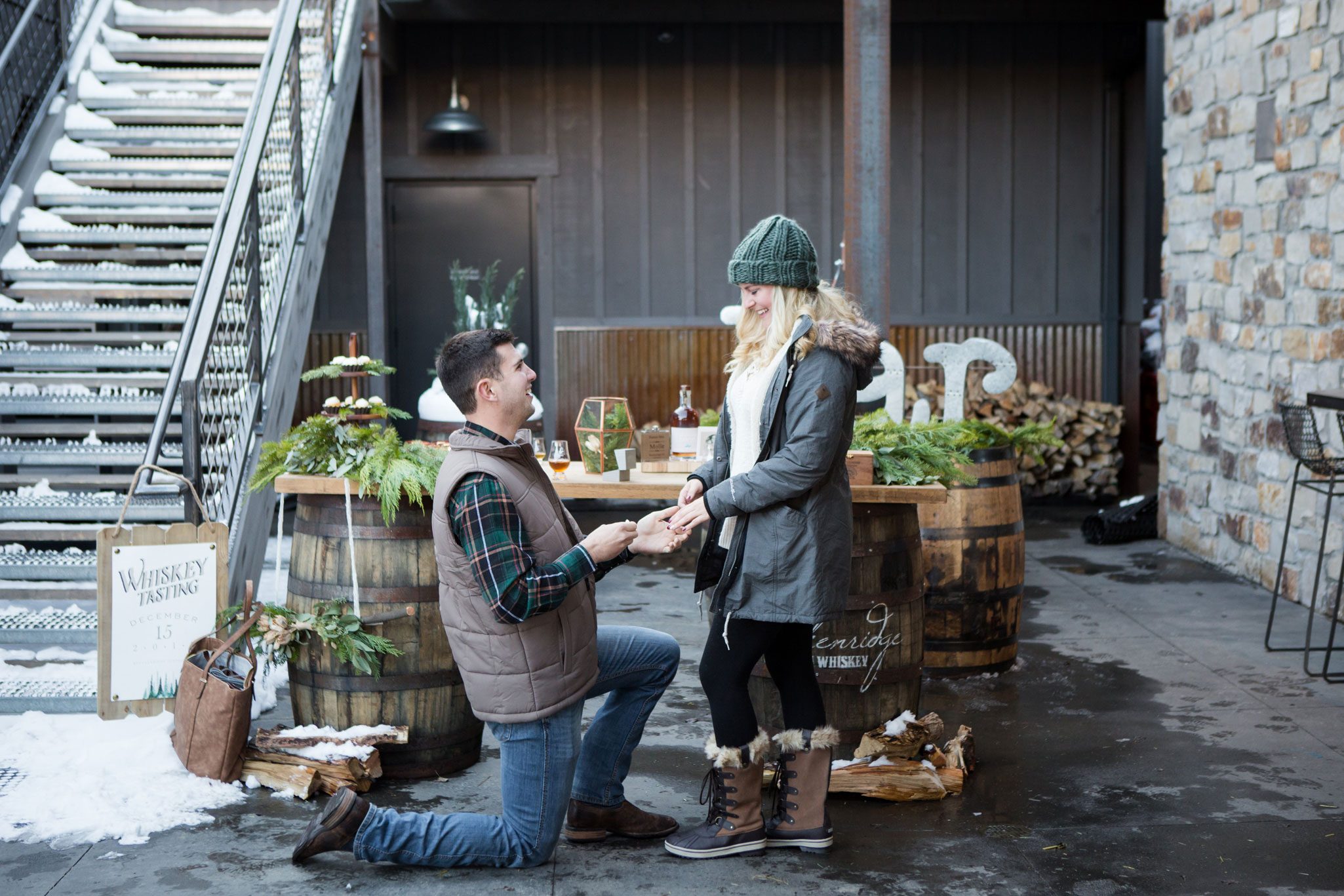 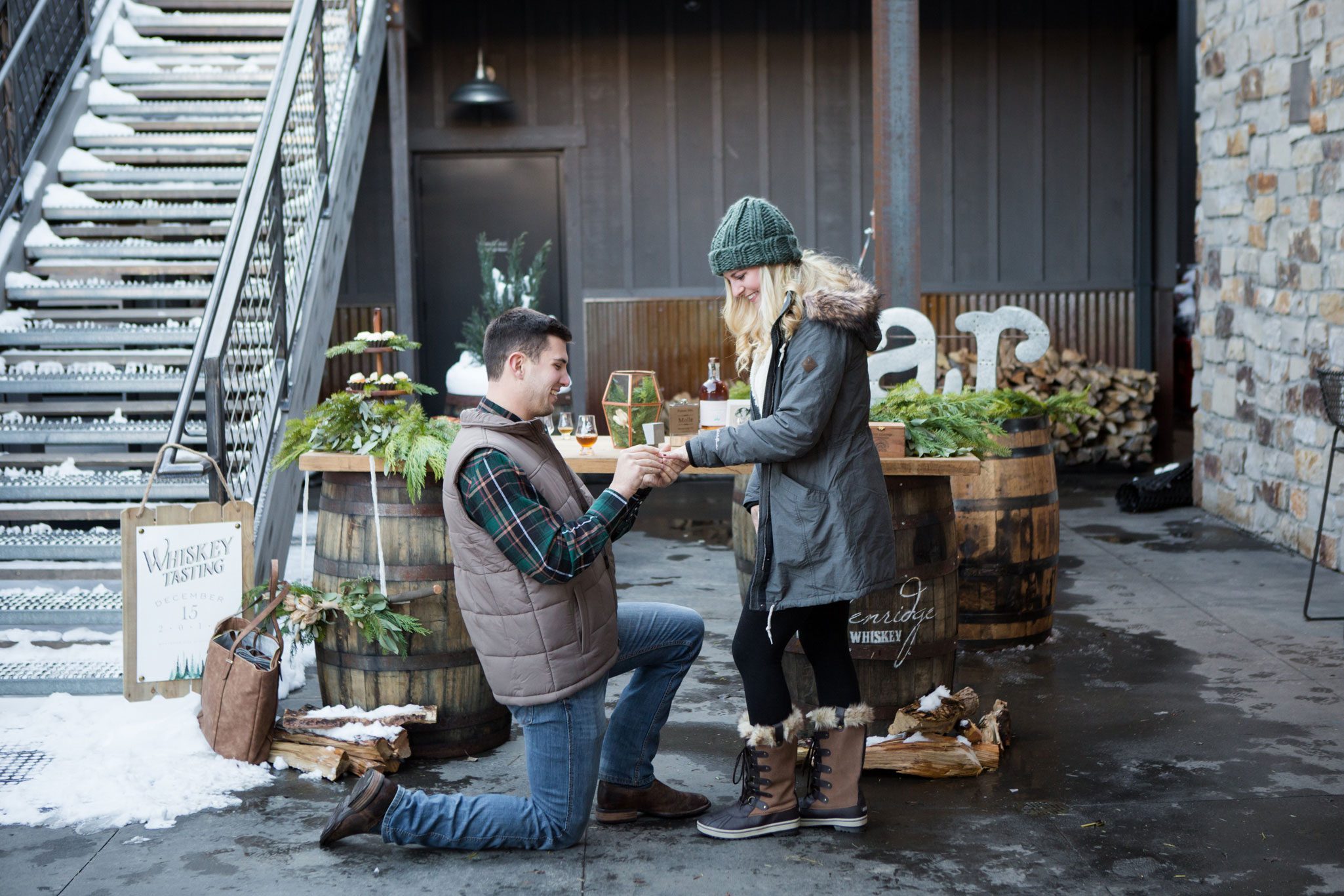 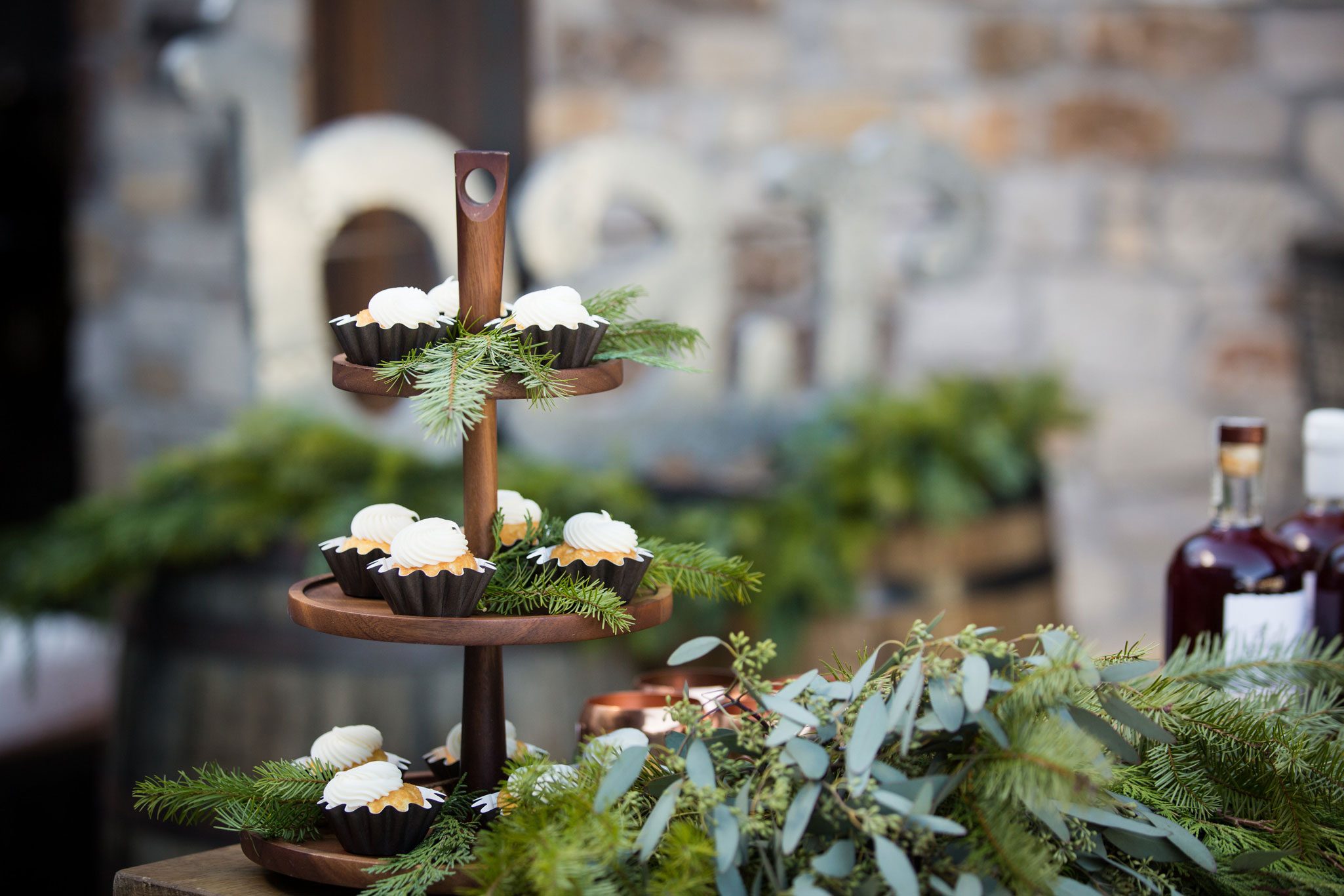 After soaking up a group hug and lots of love and congrats from their friends, the evening continued with a few photos at Lake Dillon with the most beautiful scenery. Emily said that she was completely taken by surprise. She couldn’t believe that all of that was set up just for them, and that ALL of her friends knew and no one had given anything away. It was without a doubt a night to remember! 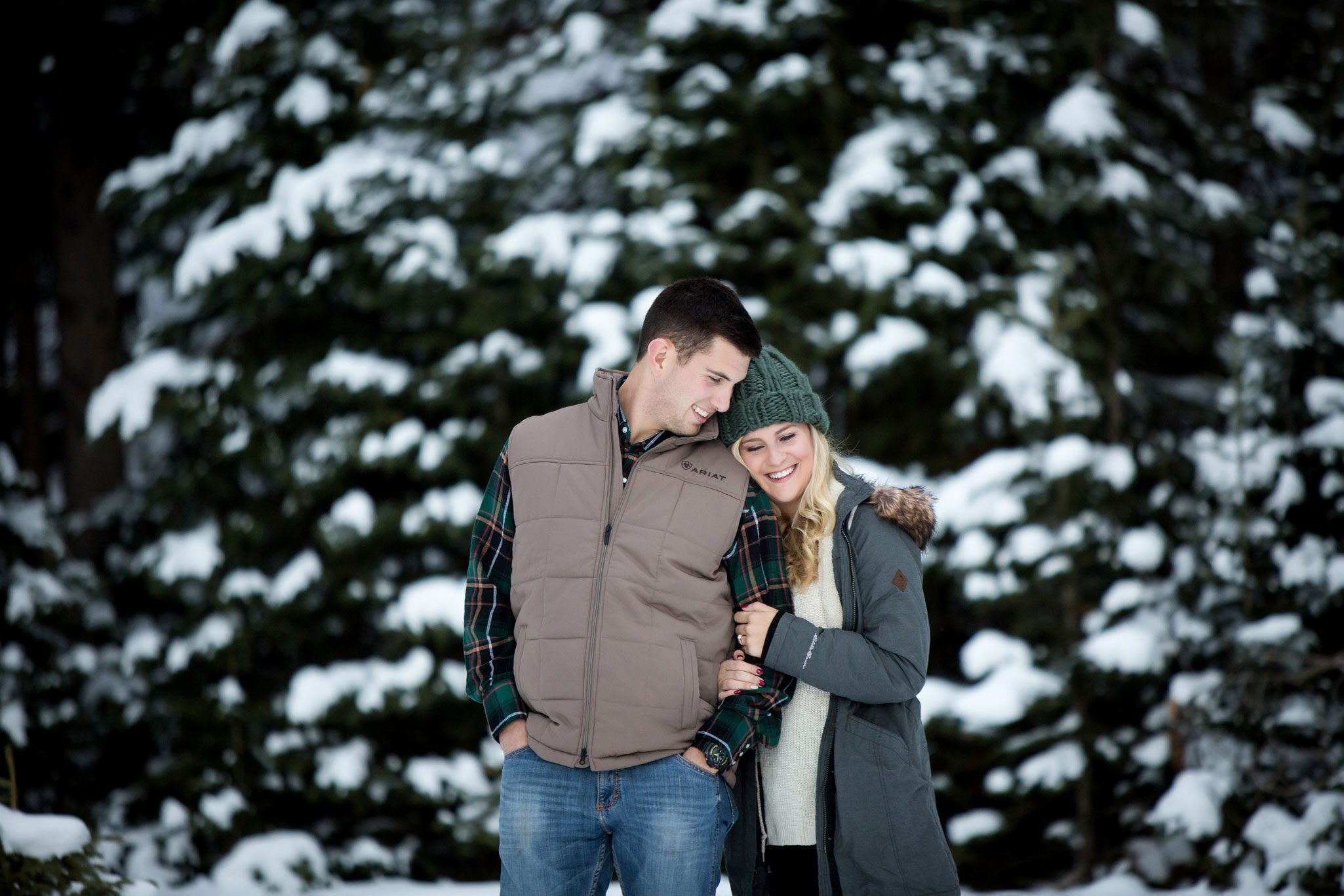 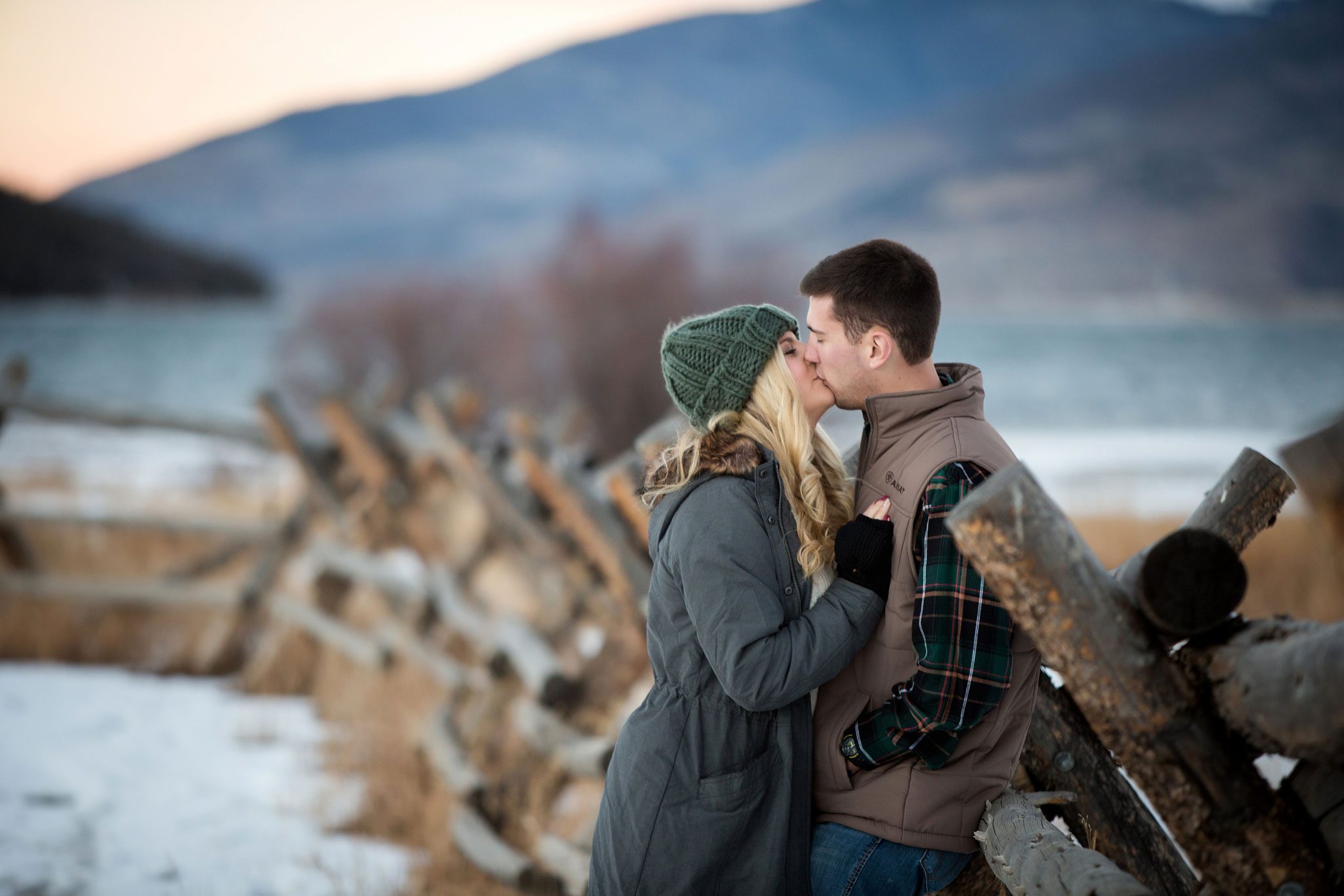 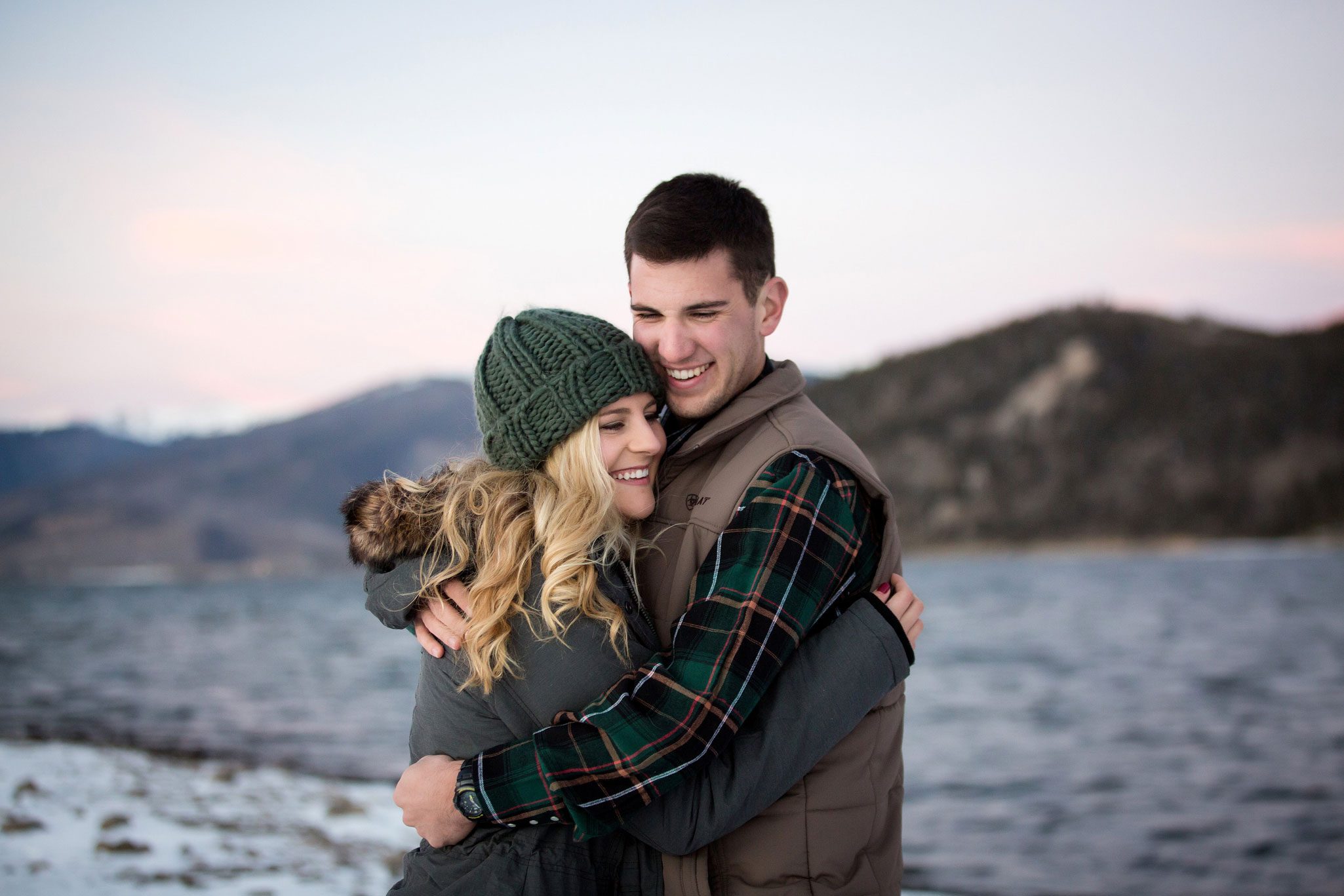 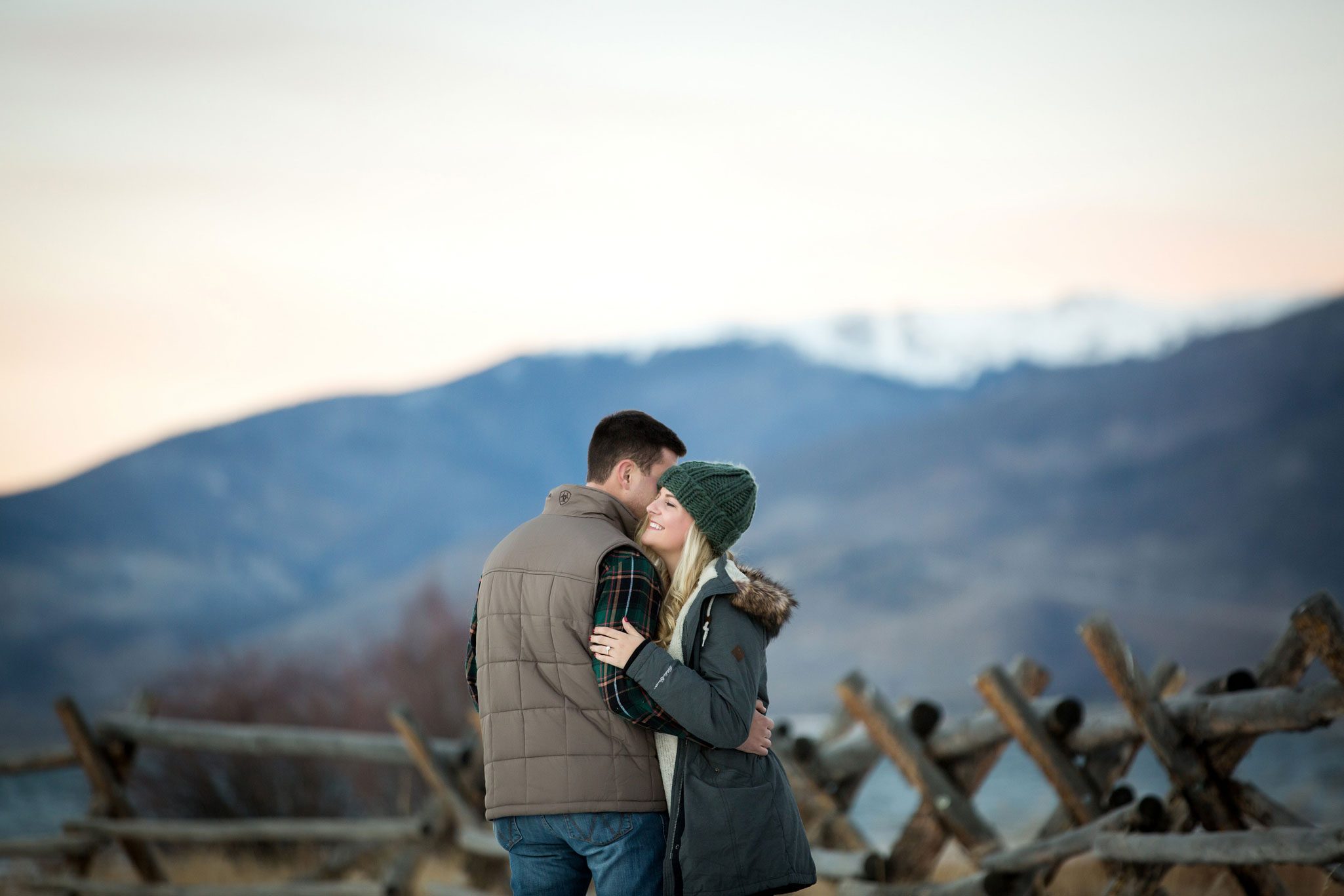 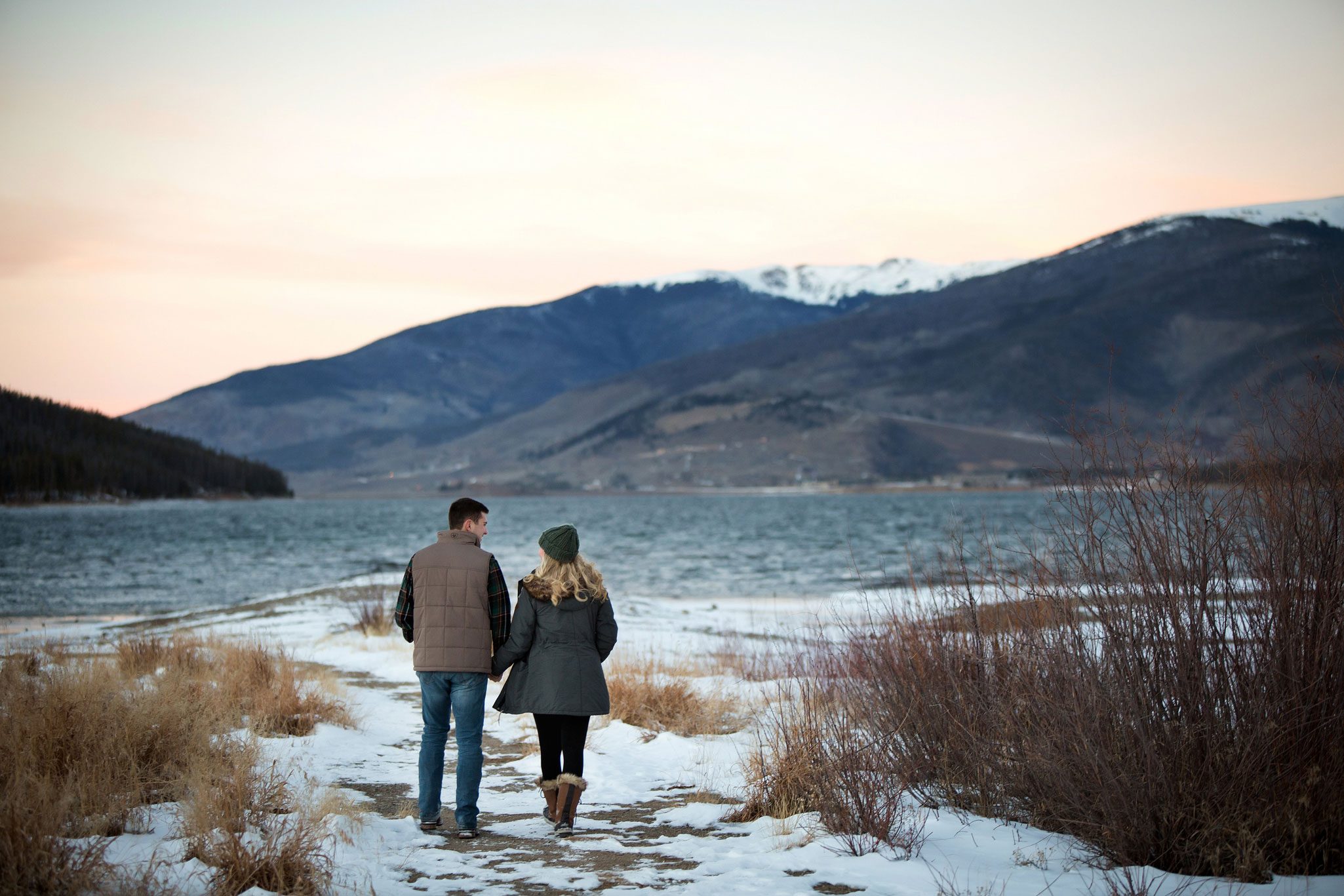