Isaac and Sara’s romance started at a New Year’s Eve party. After failing to get her number, Isaac asked 7 people to help him find a way to reach her. Once he finally got her number, he asked her on a date and Sara just couldn’t say no. 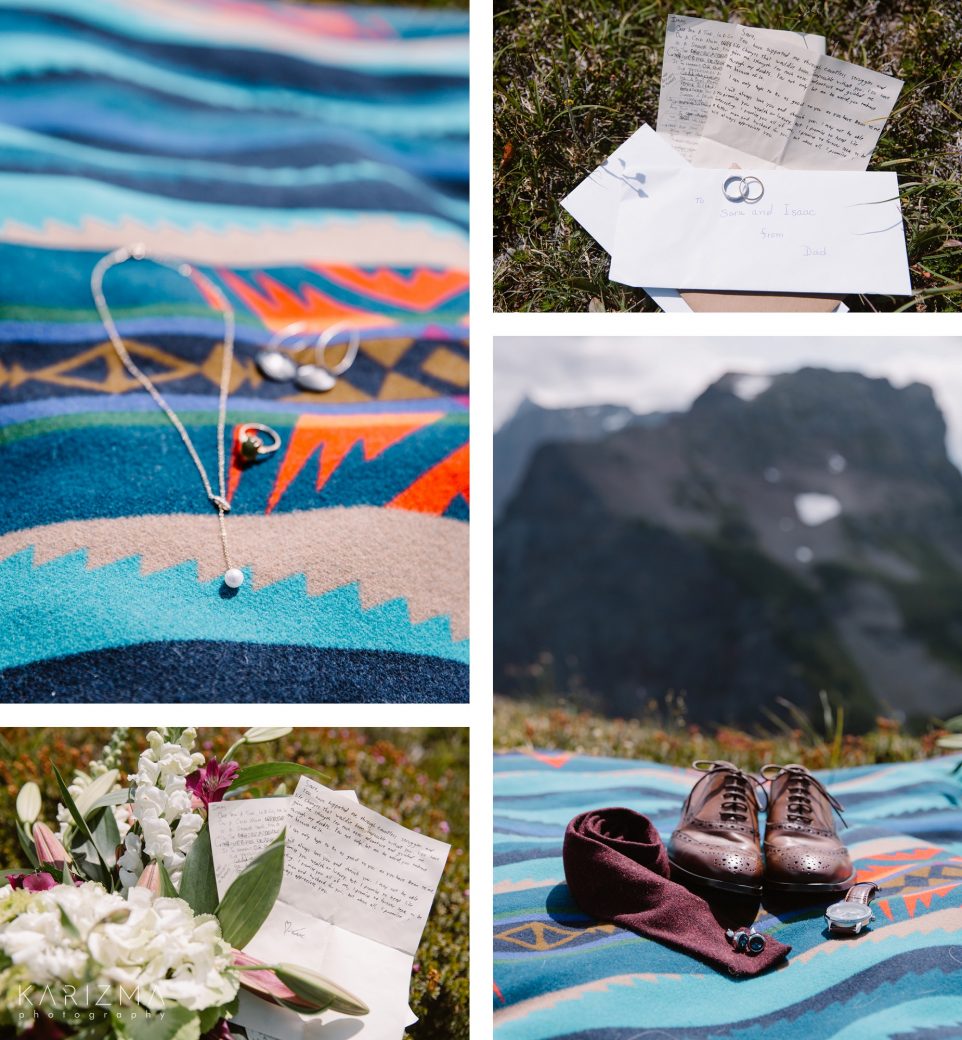 While walking in a snowy park near their apartment, Sara was mesmerized by the small lights decorating a gazebo nearby. Isaac then got down on one knee and popped the question, offering her a wooden ring he had made himself. 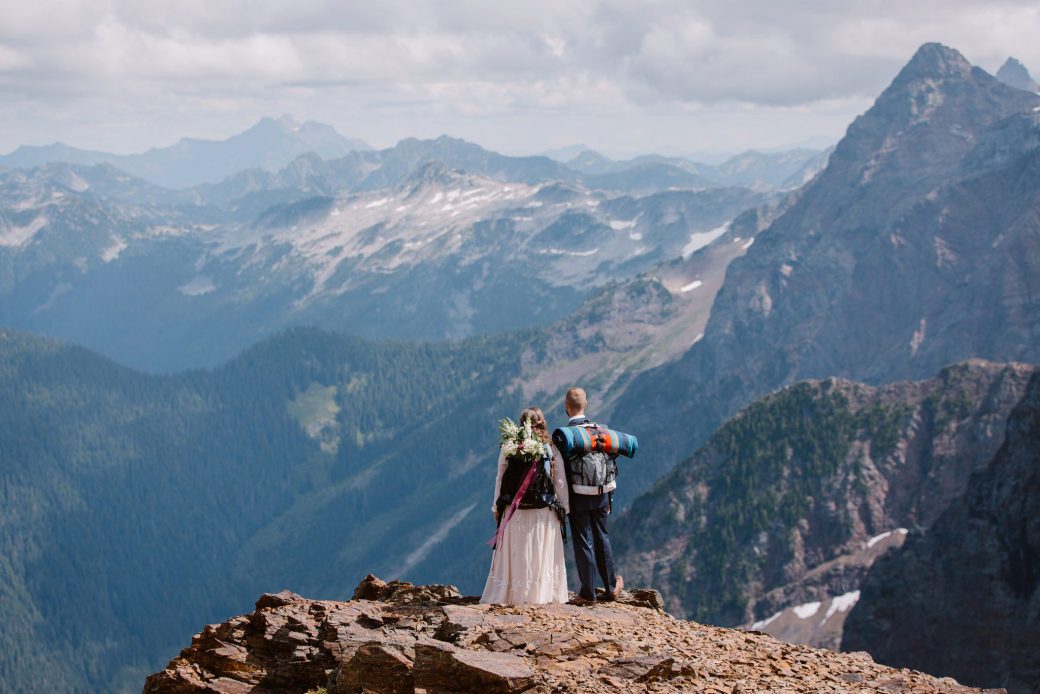 Initially from Pittsburg, USA, the two decided to elope in Vancouver. They both have a love of the outdoors and were struck by the beautiful scenery easily available around Vancouver. Their decision to elope came after trying to plan a traditional wedding with a guest list of over 100. They began to wonder if it was really worth the expense. When Isaac’s mom suggested eloping, they never looked back. 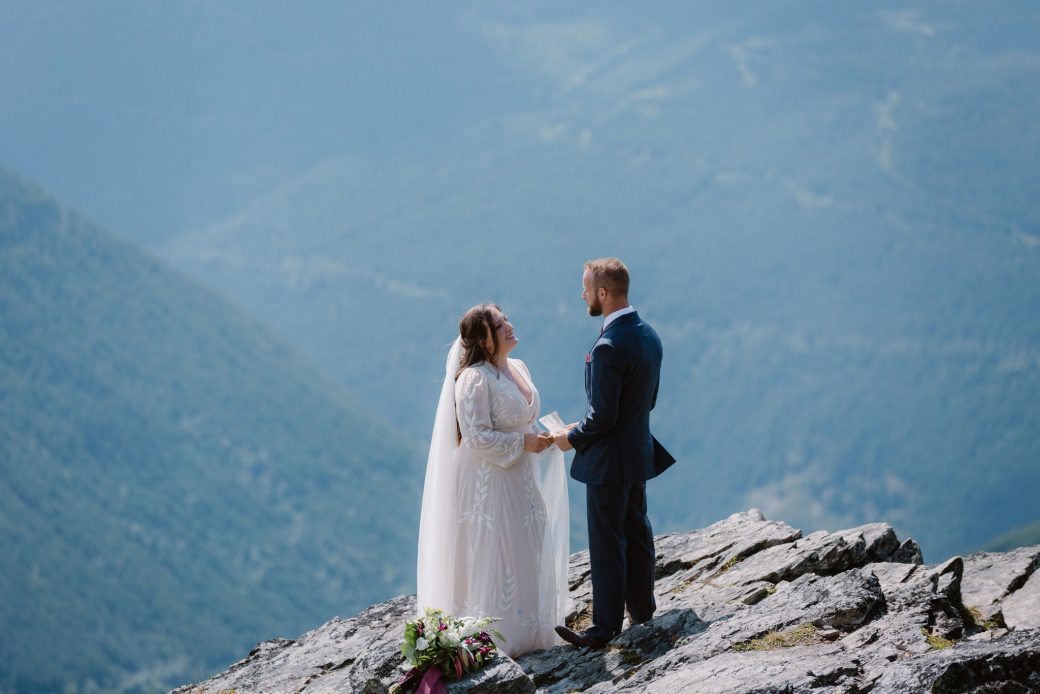 On the day of their mountain elopement, Sara’s hair and make-up by AX Art Makeup began at 3 am. Then, the drive on a bumpy forest service road to the beginning of the trail. They hiked to the spot where they wanted to say their vows. They changed into their wedding attire and said “I DO” on a picturesque rock overlooking the valley with jaw-dropping views of the mountains. 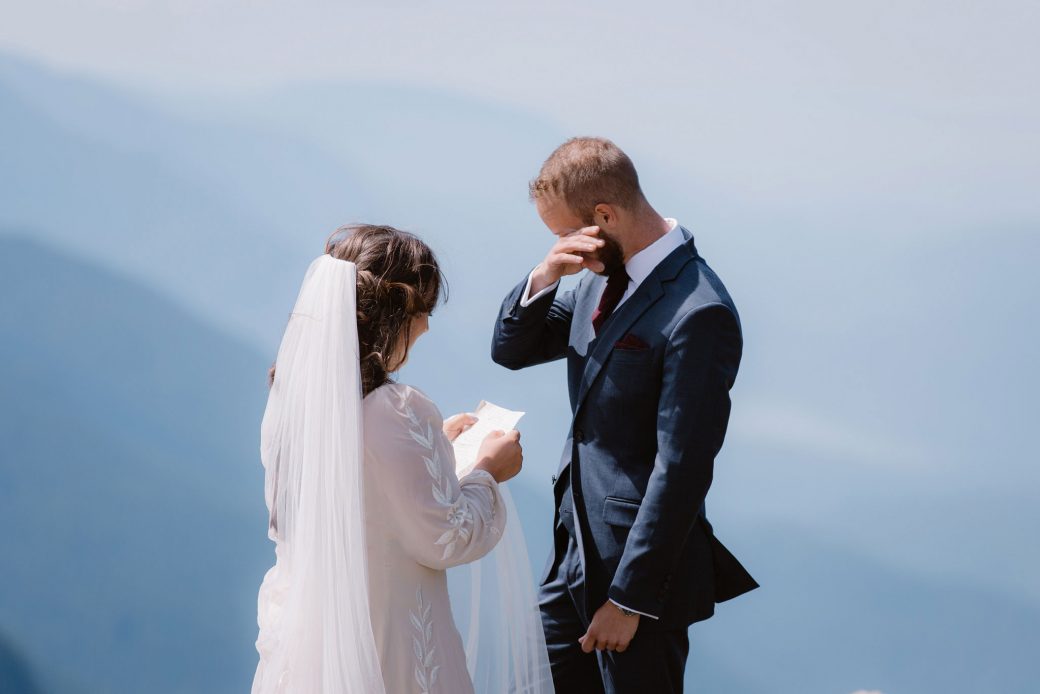 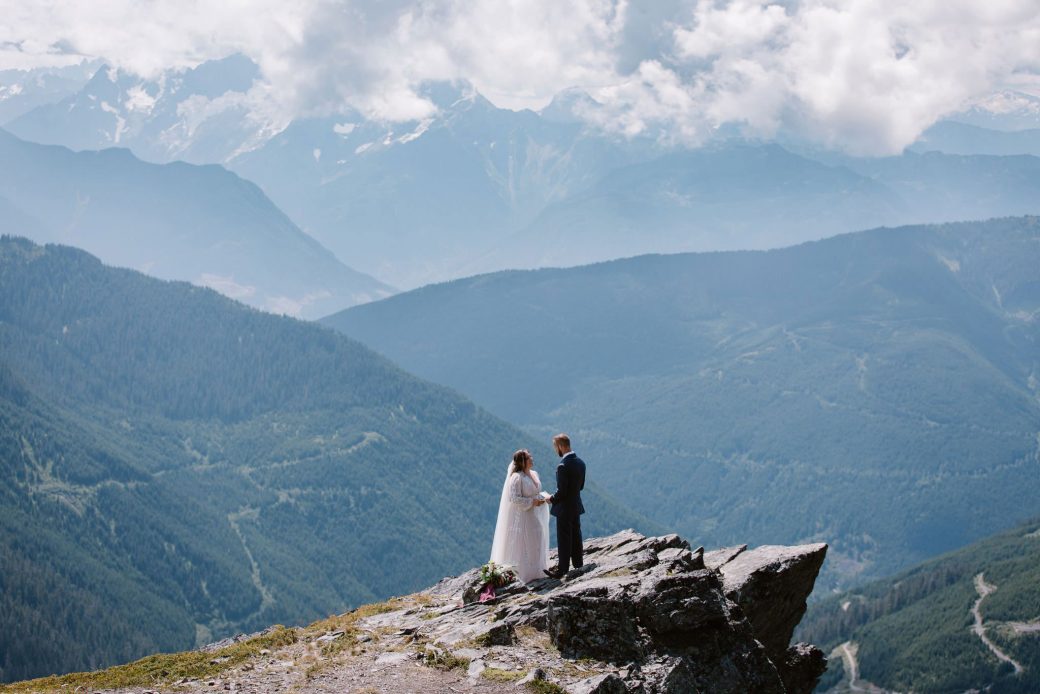 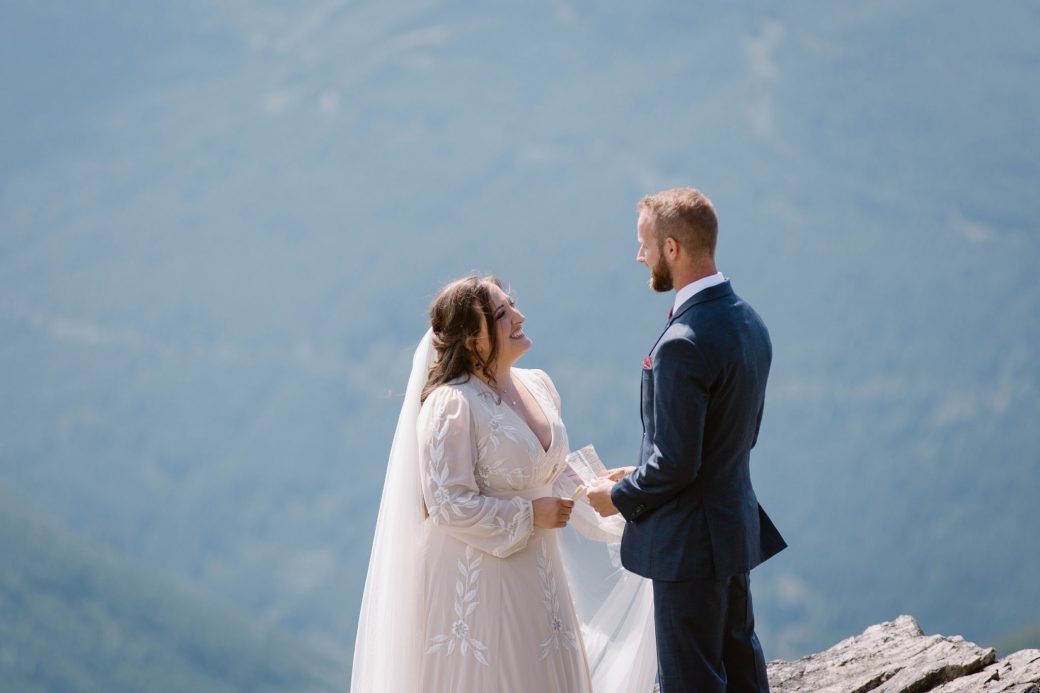 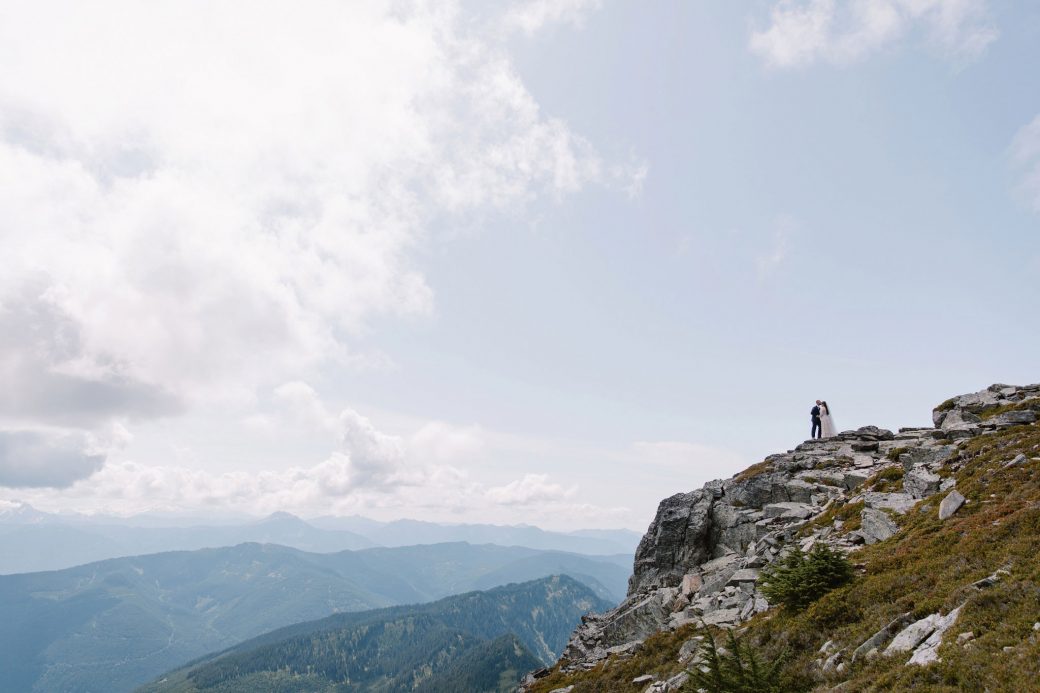 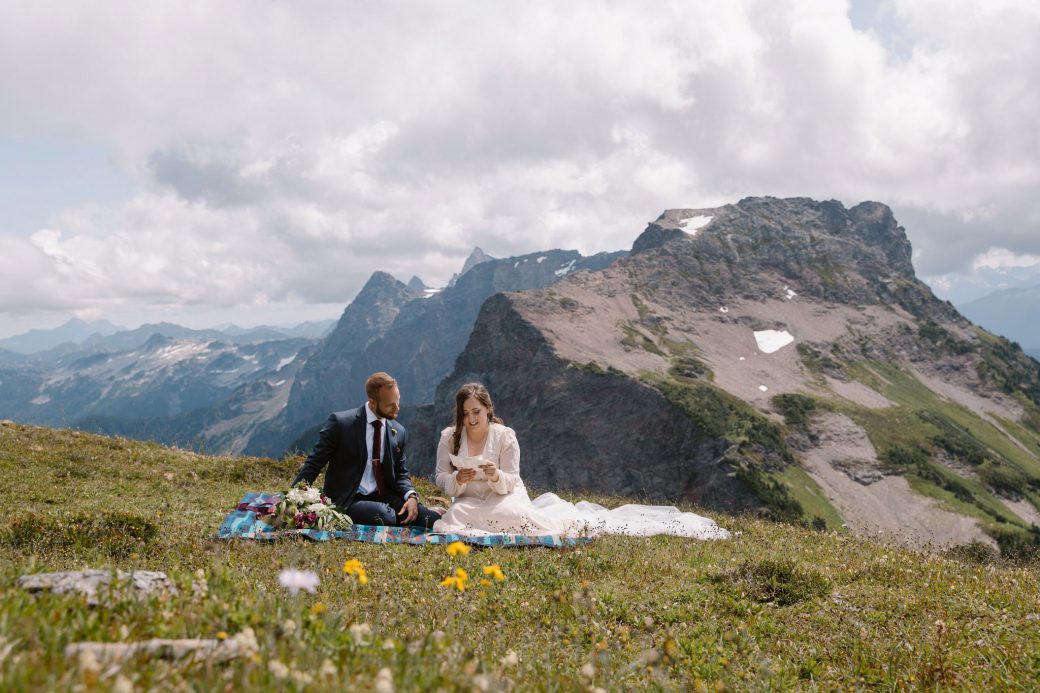 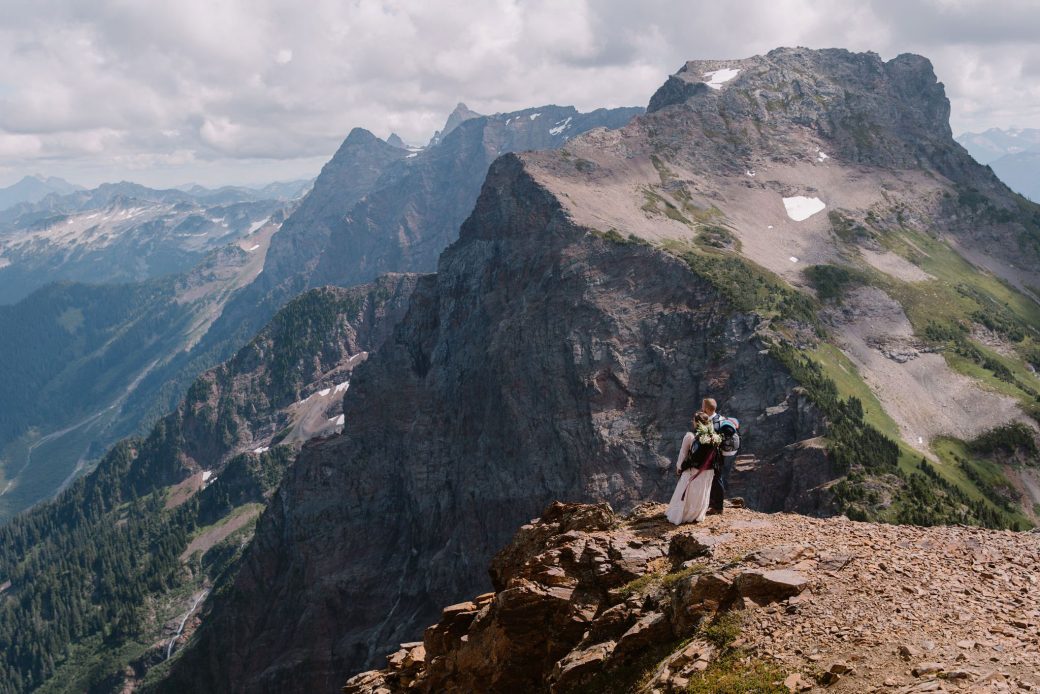 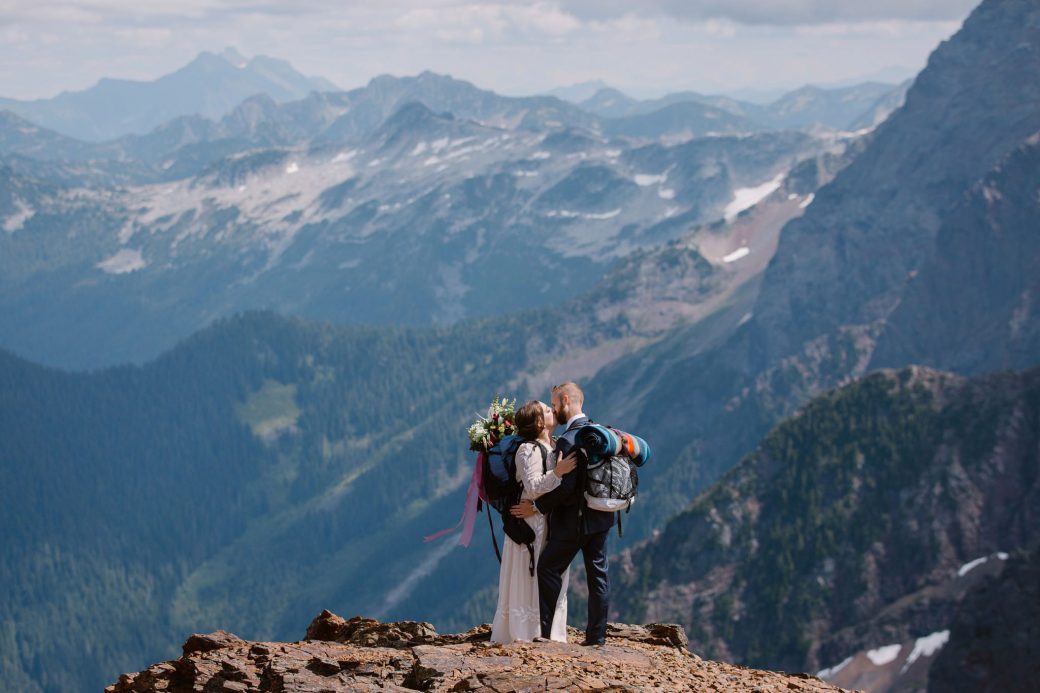 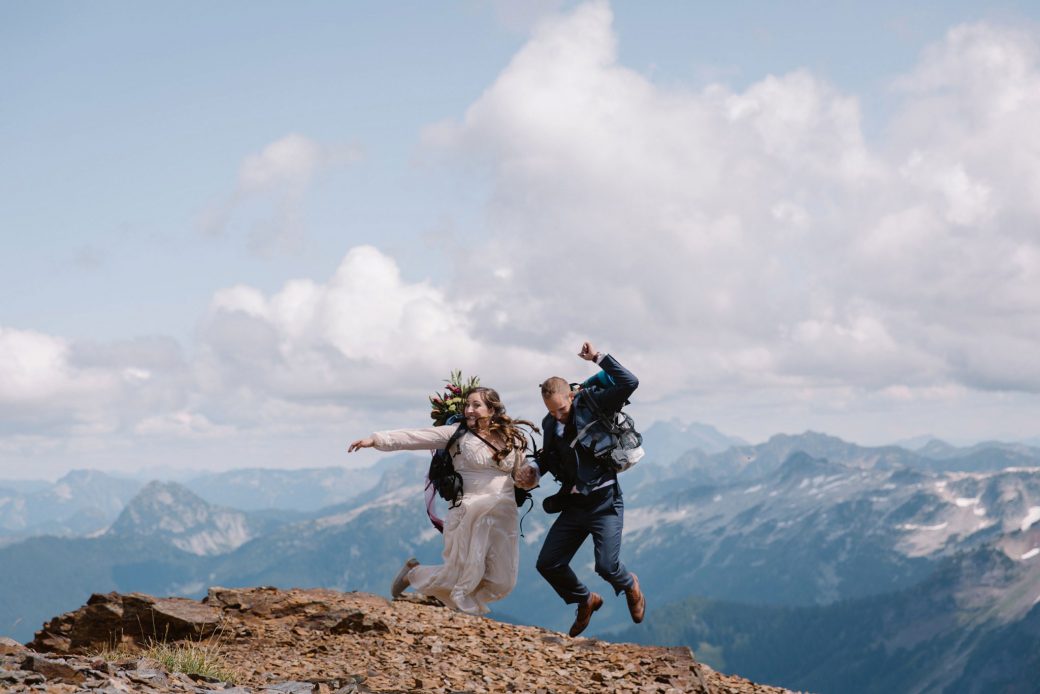 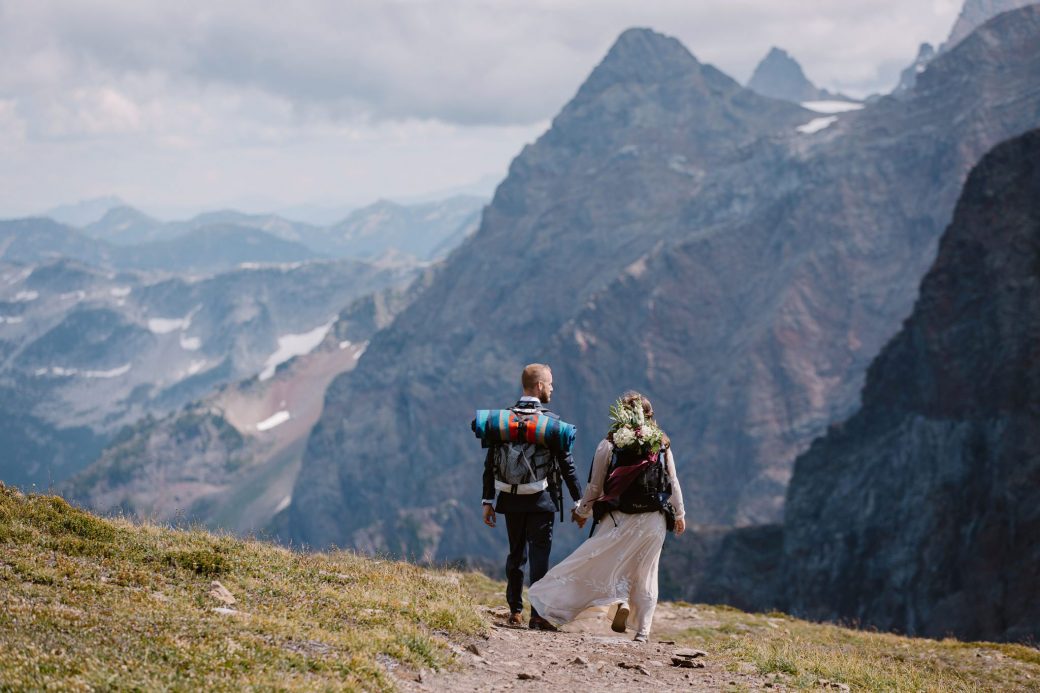 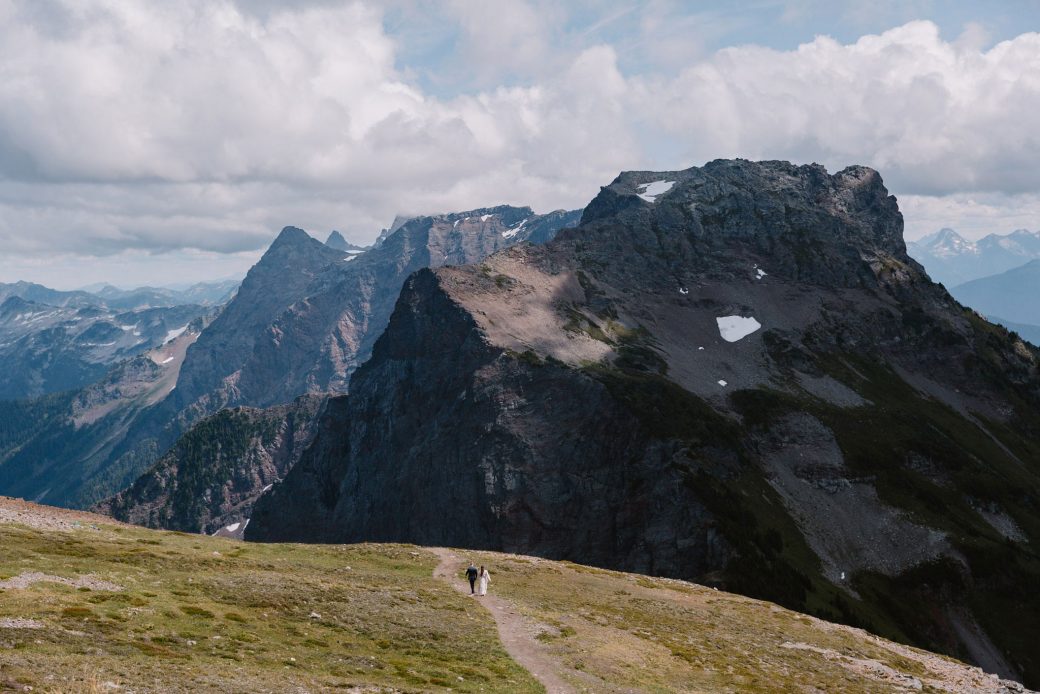