We LOVE it when the guys think ahead and have a photographer standing by to capture the moment they propose.  Hint, hint!

From the photographer, Sean Lara Photography:
A young gentleman by the name of Chris called me at around 4pm on New Years Eve asking me if I could help him with a very important moment in his life. He sounded nervous on the phone and was stumbling his words – I knew it was something big. He was planning on proposing to his girlfriend, Amanda, in Old Town, Fort Collins. He was originally planning on waiting a few more weeks, but his excitement prevented him from holding off any longer, hence the last-minute phone call. He asked if I could discreetly capture him proposing to his girlfriend in Old Town Square. I agreed, and we came up with a plan. The idea was for him to take her around town before dinner, and I would come up to them, pretending to be a reporter doing a photo-story on couples. Around 8pm, I patiently waited downtown to find the couple and execute the plan. Twenty minutes passed after we agreed on meeting, and I was getting nervous that something wasn’t going to plan, but sure enough Chris and Amanda came out from an alleyway, and I approached them with our scheme in tact. I asked Amanda if I could take a couple photos of the two of them, as “the newspaper” was doing a story on couples integrating in the newly re-designed Square. I positioned Chris slightly behind her, as he pulled out the ring from his coat pocket. I then asked if I could grab a more “candid” shot, and told Chris to do something romantic. I took a step back, and let Chris take control. With my fingers half-frozen from the cold Colorado weather, I waited for the big moment and sure enough, he got down on one knee and popped the question. I’m happy to say of course, she said yes, and I’m also happy to say that she had absolutely no idea he was planning to propose, so the genuine reaction made it all the better! 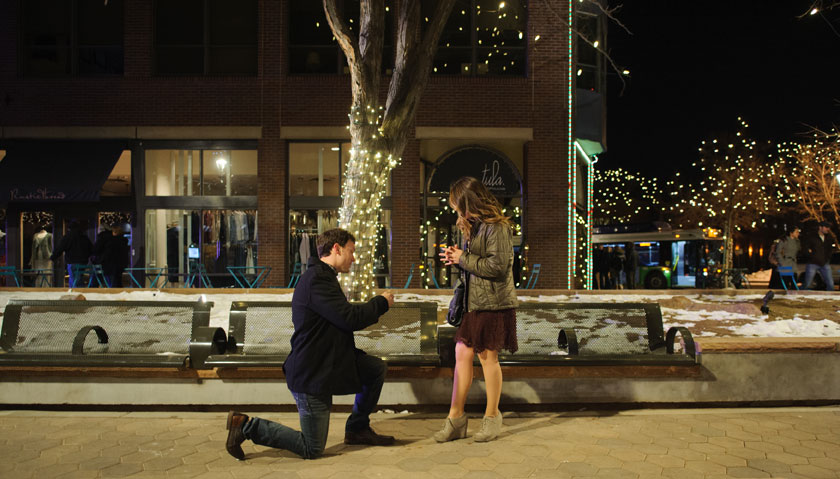 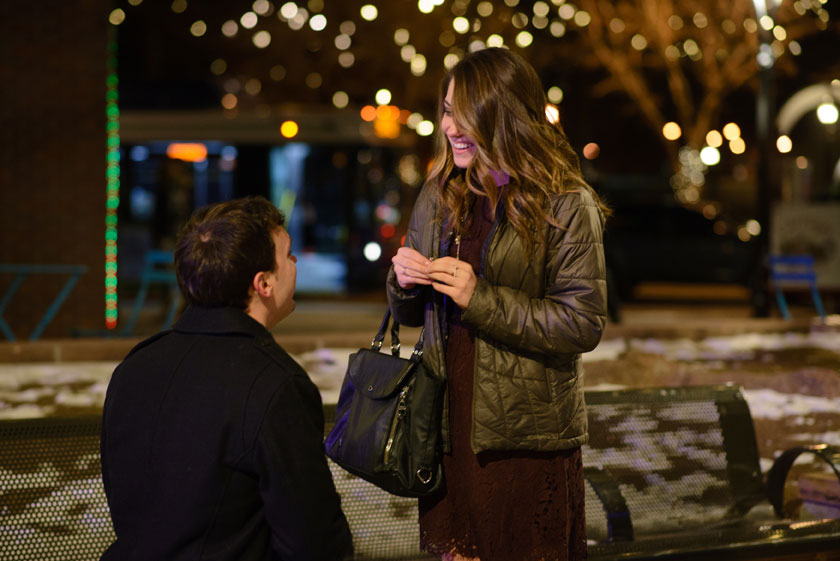 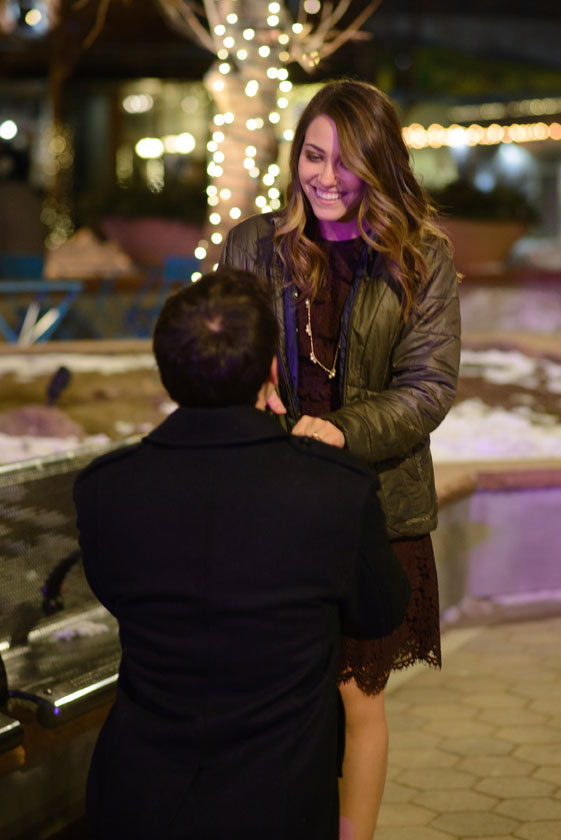 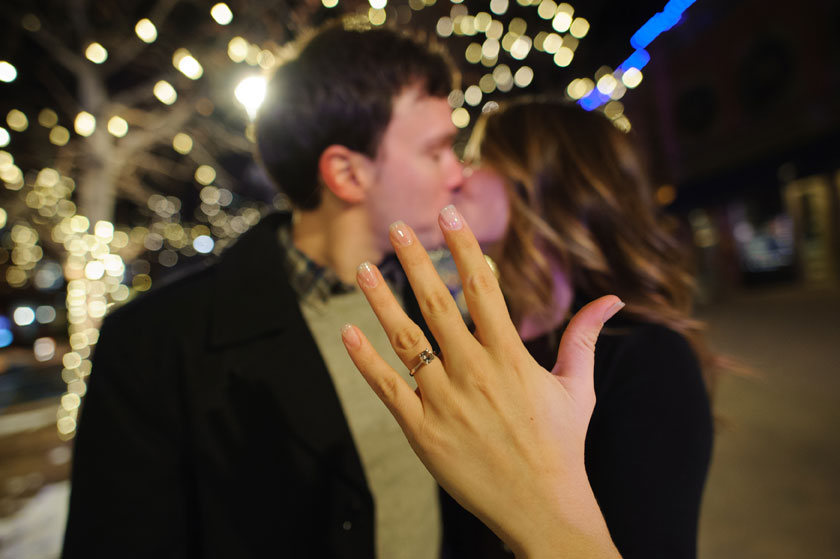 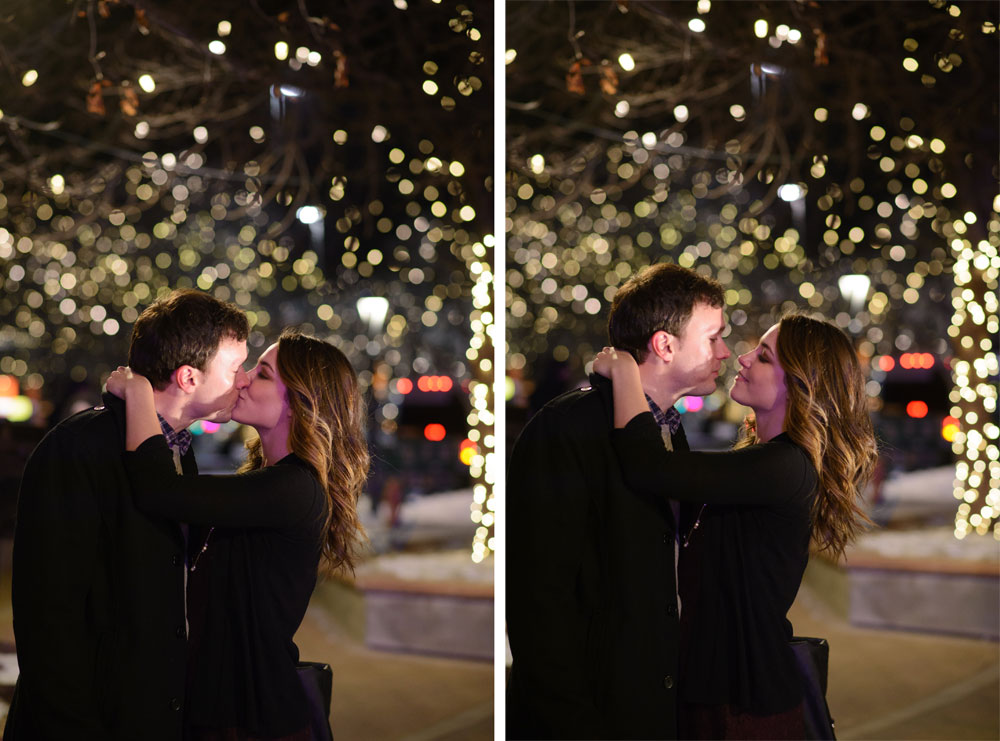